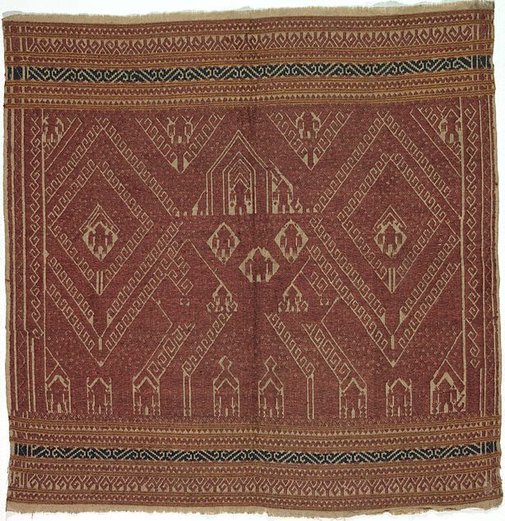 As with a number of other tampans in the AGNSW collection, this tampan is an example from the Kota Agung and Liwa region in western and southern Lampung province. Human figures set within geometric forms and around stylised animals is a design common to the area. The broad borders with blue scroll-work are also typical of Kota Agung and the Liwa areas. Red is usually the dominant colour on tampans, and a red centre with blue borders is a common feature. The diamond shapes here are reminiscent of the designs found on textiles from mainland Southeast Asia, particularly northern Thailand and Laos, which indicates an ancient link between the areas due to trade or even migration.