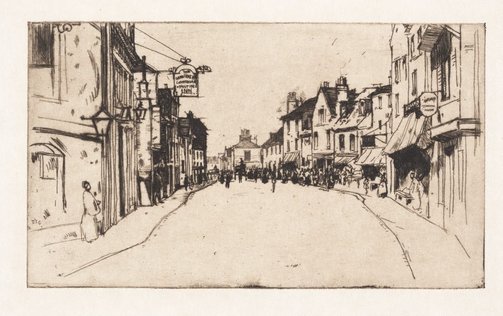 D Y CAMERON, the son of a Scottish minister, attended evening classes in Glasgow and the Royal Institution in Edinburgh in 1885. Cameron began engraving at the age of 18 and achieved success at a young age. His etchings look back to Whistler and to Meryon’s architectural views of Paris. Cameron was one of the leaders of the British Etching Revival, producing over 500 etchings and drypoints over a 45 year career. He published single prints as well as numerous series of etchings such as the ‘Paisley’, ‘Belgian’, ‘North Italian’, and ‘London’ sets. As his career progressed Cameron accumulated honours from many of the leading artistic institutions of the day. He was knighted in 1924.