Wik Elder, Bruce, from the series Returning to places that name us 2000 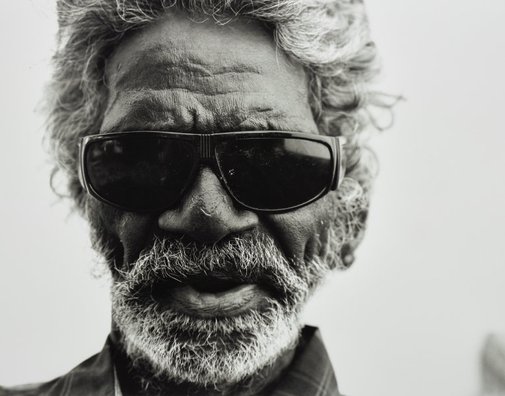 ‘It is my wish to ask the viewer to identify in these pictures the existence of struggle below the surface, to see things that are not immediately visible and to see that what things mean, has more to do with you the observer. To know the meaning of a culture you must recognise the limits and meaning of your own. You can see its facts but you cannot see its meaning. We share meaning by living it.’ Ricky Maynard 2001 1

Ricky Maynard first came to prominence in 1988 with his series ‘The moonbird people’ in the publication ‘After 200 years: photographic essays of Aboriginal and Torres Strait Islanders in Australia’. Its focus was the mutton birders who return for seasonal harvesting each year to the austere conditions of the windswept Bass Strait Islands. Like all of his work it is consciously documentary in approach and the result of a collaborative process with his subjects. Maynard’s stated aim with his work is to help Aboriginal people in their struggle for recognition and to address issues of social injustice.

‘Wik Elder, Bruce’ is from the series ‘Returning to places that name us’. It comprises five portraits of elders from the communities of Western Cape York. In 1993 the Wik people lodged a claim in the High Court of Australia for the coexistence of native rights with pastoral leases, with a decision handed down in their favour in 1996. However many of these rights were then effectively extinguished by the Federal Government’s 1998 Native Title Amendment Act. Each portrait is a resolute statement of identity, rendered through its large scale and short depth of field, intensely real and present. Through their overt presence and their remarkable evidentiary force, these images assert the lived experience, certitude and strength of each elder.

Purchased with funds provided by Amanda and Andrew Love 2002 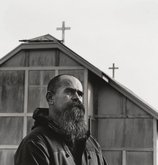 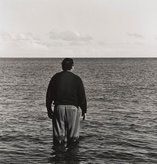