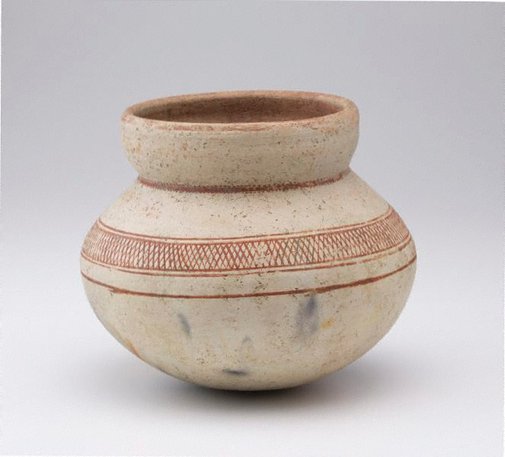 Ban Chiang is a major Bronze Age site located in northeast Thailand. Ban Chiang people grew rice, produced salt, and made ceramics and some bronze objects, such as spearheads, axes, arrowheads, fishhooks, and personal ornaments. The site is best known for its distinctive ceramics that were buried in graves to indicate the status and wealth of the deceased person. In burials, the ceramic vessels were placed on top of the corpse, below the legs, and above the head. Iron and bronze jewellery and tools, and objects made of glass, shell, and stone, as well as the remains of silk have also been found in Ban Chiang graves. These indicate a strong ceramic tradition, a developed metal industry, and extensive trade networks.

Ceramic production at Ban Chiang had three main phases. Early pieces are dark in colour with incised (cut) patterns. Potters rubbed the pieces with a smooth stone to make them shiny, a technique called burnishing. Many of these early ceramics were ritually smashed before being put into graves. Later pottery has bold, painted patterns in red, and sometimes white, on a buff-coloured background. These pieces were not smashed and many were recovered intact from graves during excavation. 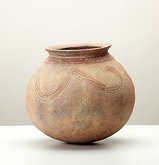 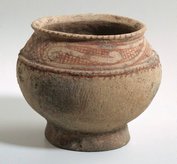