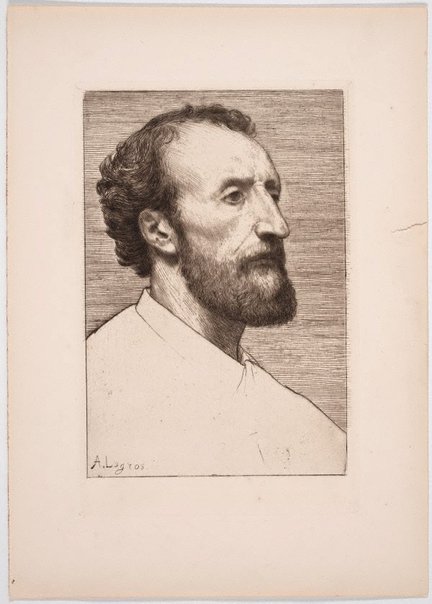 Sometimes claimed for the French School, LEGROS was a Frenchman who adopted England. On the advice of Whistler he came to London in 1863 and in 1875 was put in charge of the etching class at the Royal College in South Kensington, where as a teacher, and later again at the Slade School, he exercised a strong traditional influence. His importance as a printmaker lay largely in the revival of original portrait etching, of which we have a number in the collection. This portrait of the sculptor Jules Dalou was made during the years of Dalou’s English exile following the Paris Commune. Legros introduced Dalou to a circle of patrons and obtained him a teaching post at the South Kensington Schools.

Browse other works by Alphonse Legros

Alphonse LegrosDeath of the vagabond8157