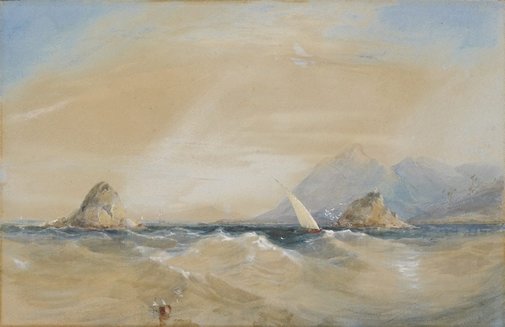 Conrad Martens spent seven weeks sketching in Tahiti, en route to Sydney in 1835. Several of his Tahitian drawings were purchased in Sydney by Robert FitzRoy (1805-65) and used to illustrate the 2nd volume of his published narrative on the voyage of the Beagle.