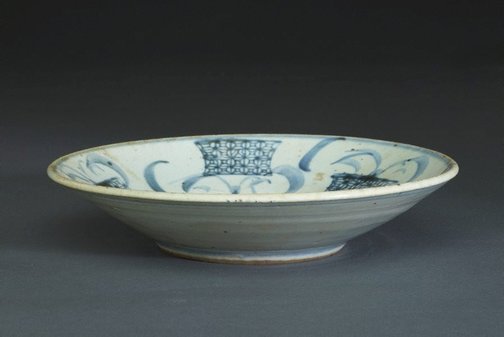 An example of ‘Kitchen Qing’ ware, this 19th century dish is decorated with a painted character in the caveto, a stacking ring, and block-printed flower baskets and hand-painted flower scrolls. Similar examples were also exported to Europe. Such plates were made in the Fujian and Guangdong regions from the late 18th century into the early 20th century (See B. Harrisson, p. 89).

Browse other works by Guangdong kilns 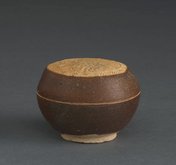