'Psychotourism' springs from The Mutant Genome Project (TMGP), which was created by Piccinini to explore issues relating to genetic engineering and 'consumer medicine'. In 1995 the artist made a series of digital prints entitled 'Love me love my lump' - the imaginary space inside the computer screen became the perfect avenue for the artist to explore the amoral environs where one can have anything, be anything, see anything and with the consequences irrelevant. In the 'Love me love my lump' series the LUMP™ (Lifeform with Unevolved Mutant Properties) is designed to satisfy every desire for the perfect offspring. Its internal organs are functional yet not messy - we can see this for ourselves, its size is just right for holding, it can be modified according to individual needs.

Piccinini's 1996 series 'Your time starts now...' (of which Psychotourism is a part) further developed the artist's Project with the inclusion of Australian actress and soapie star, Sophie Lee. Her depiction, in a variety of poses with versions of the LUMP™, emphasises both its mutability as well as her own. We know Lee is human and her inclusion in digital landscapes posing as proud owner, mother, or older sibling of the LUMP™ adds credence to the possibility of its actual or near existence. While the artist manipulated Lee's image in order that she would look either cuter, smoother, or like a 'Blade Runner' replicant, the distance between the existing public face of the actress and how she is seen in the digital prints is small. Equally our belief in the possibility of the LUMP™ is further enhanced as we are already aware via the media of the issues with which Piccinini is dealing.

Interestingly, Piccinini does not want to be seen as someone who is subscribing to the extravagant claims made by some artists and scientists that they are able to create new life forms through digitisation. For all the apparent amorality of the content of the work, Piccinini is most interested in treading the fine line between actuality and fantasy in order that the viewer may be provoked into thinking about what they are seeing. The smoothness and cleanness of the digitised image makes it very easy to depict subjects which might otherwise cause repulsion, horror, disgust, moral outrage and ethical crises. Piccinini emulates the most sophisticated aspect of the popular media (advertising) in order to present a possible near future to us now.

Piccinini is very much an artist of her time, using contemporary technology to externalise current ideas and desires to do with the body and the self. Photography is as much a tool as the computer though one operates on memory and the other on the imagination. The operation of memory and the imagination are intertwined and while we advance our imaging skills externally with technology we have yet to understand how our own inbuilt imaging skills fully function.

Browse other works by Patricia Piccinini 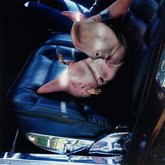 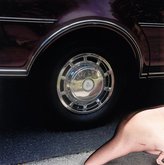