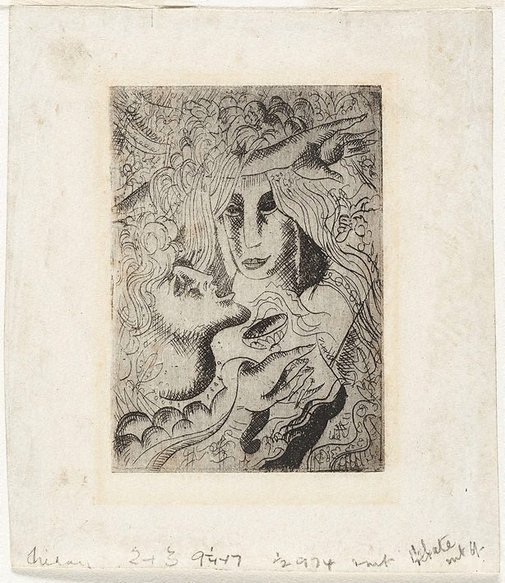 Francis Lymburner was from a generation of figurative painters including Jean Bellette, Paul Haefliger, David Strachan and Eric Wilson who became known as the 'Sydney group' from their inaugural exhibition in 1945. Their romantic and lyrical work was influenced by European art and culture, and was centred on the bohemian house 'Merioola' in Woollahra, where many of them lived and worked in the 1940s.

Lymburner was a consummate draughtsman who drew constantly, and his etchings display the same facility of line. He first experimented with prints while a student in Brisbane in the 1930s, and later in Sydney where he made about six etchings in the 1940s. Proofs printed at the time are now rare, and etching plates found in the artist’s estate were re-printed by Diana Davidson at the Whaling Road Studio, North Sydney in 1986, including 'Reclining female nude'.

Browse other works by Francis Lymburner 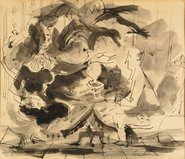