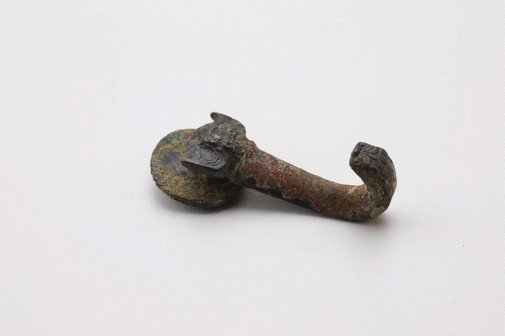 A dragon's head has been cast as the decorative tip of this ornamental hook. At the opposite end is a taotie mask, cast on top of a large buckle. Archaeological finds suggest this type of hook with its short body and broad end was used to bear swords and was worn vertically, rather than in the horizontal position used to secure a waist belt.

Gift of Josef and Regina Neumann 1988