Head of a young man 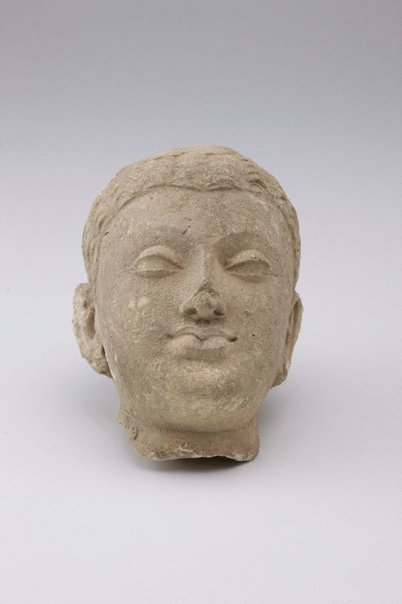 This stucco head is believed to have originated from the site of Hadda in what is now Afghanistan. The sculpture of Hadda was made entirely of stucco and such a head would have been installed in a niche of a building. Notice that the head is unfinished at the back. The body of this sort of image would have been made of mud with only an outer slip of lime plaster, thus many heads have survived without their bodies. Originally this head would have been coloured - the flesh a pinkish shade, with lines of deeper red to indicate the folds of the lips, hairline, etc and the eyes outlined in blue and brown. Faint traces of colour still remain on this head.

Stucco head of a young man with short curly hair

Head of a young man