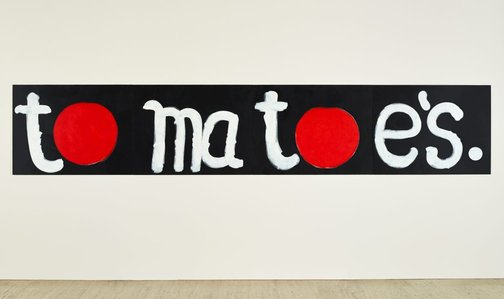 This painting is from the 'Mayfair' series, which encompasses a large body of work made by MacPherson from the early 1990s onwards. The title refers to the Mayfair sandwich bar in Brisbane, where MacPherson had lunch every day for many years. The people's names he uses in the titles are people he has met, often in places like the sandwich bar. The reference to a sandwich bar, even one that sounds like posh real estate though it is just a shop, and the word 'Smoko', point to Macpherson's interest in the idiosyncratic use of language, names and signs in Australia.

Along with other works in the series it is painted with Dulux commercial paint rather than specialist artists paints and is also painted on masonite, an everyday material. The black monochrome refers to 20th century international modernism just as tomatoes and apples based on homemade roadside advertising signs represent a vernacular local Australia - an encounter between the local and the international has been key to MacPherson's practice for many years. 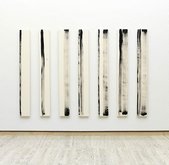