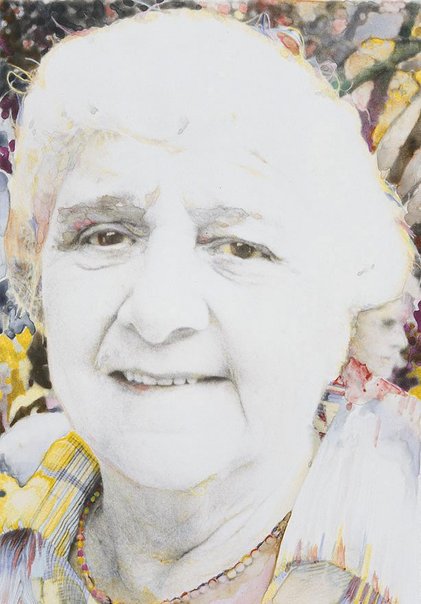 With a body of work ranging across painting, photography and performance, investigations of subjectivity have been central to Micky Allan’s practice. Allan has consistently drawn on feminist strategies which emphasise the personal and autobiographical. In the early 1970s she became involved with the experimental performance and collective activities based at The Pram Factory in Melbourne, working there as both a set designer and a photographer, documenting early feminist work. Of this time Allan has said that she saw ‘photography as a form of social encounter … that in comparison with painting it [was] much more integrated to what was going on’.1

Allan has acknowledged social documentary as the basis of her photographic work. For a short period she recorded political figures and the surrounding social changes in which she was both a participant and an observer. ‘Old age’, the second of three series whose focus is lifecycles (the other two being ‘Babies’ 1976 and ‘The prime of life’ 1979–80), comprises 40 hand-coloured individual portraits. Allan introduced the technique of hand-colouring in her work in 1976, a technique taken up by many women photographers at that time to counter the then dominant modes of masculine production. While there is stylistic variation across the series, each portrait, close-up in viewpoint, is meticulously rendered in pastel colours. The images do not capture a simple moment but rather work together to poignantly symbolise a rich regard for age. Of this Allan has said: ‘Altogether they are an attempt to familiarise and personalise “age”, in a society which tends to ignore or stereotype the old.’2

Browse other works by Micky Allan