Tampan with design of mythical birds 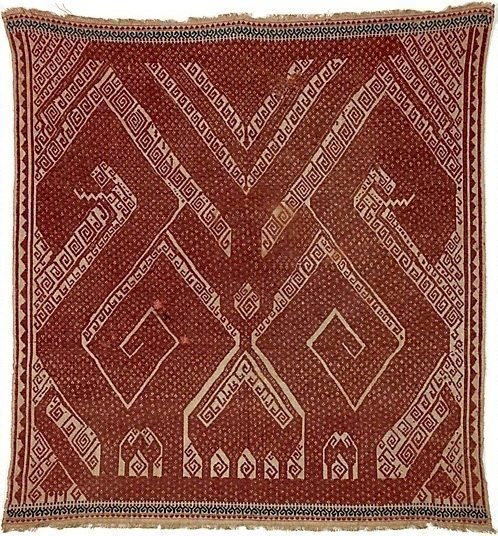 This tampan displays, at the bottom of the textile, a simple boat shape surmounted by two enormous creatures. These are probably snake-like creatures with two legs, suggesting that they may also have bird characteristics. The serpent ('naga') is associated with creation myths, death, and resurrection or birth. Between the serpentine forms are stylised forms, which may be a combined human and tree form, the latter representing the central axis of the universe and the tree of life. The hook motifs are common space-fillers on tampans. Large images combined with simple borders that include paired dots are typical of Komering tampans.

Tampan with design of mythical birds