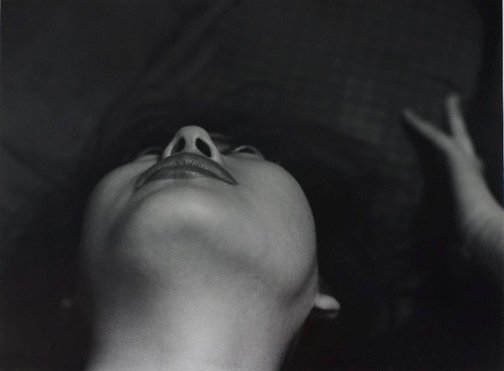 Despite his fame and reputation in Japan and presence in international survey shows of Japanese photography in the 70s and 80s, Shōmei Tōmatsu was relatively little known in the West until quite recently. A 2005 touring retrospective of his work in North America and Europe placed his work in the canon of 20th century photography.

Tōmatsu’s artistic vision was shaped by the devastation caused by World War II in Japan, which he witnessed as a teenager. Fascinated by all aspects of the world around him, his camera sought to capture humanism regardless of the subject matter. In his often haunting photographs, Tōmatsu strives to relay a truthful record of reality while retaining a boldly expressive point of view.

‘Bottle melted and deformed by atomic bomb heat, radiation and fire, Nagasaki’ 1961 is part of a group of photographs, commissioned by Japan Council Against Atomic and Hydrogen Bombs. The ubiquitous beer bottle, photographed in Nagasaki’s Museum of Remembrance, has been mutated beyond recognition by the atomic blast, becoming nakedly organic in its deformation. Foregoing a purely documentary approach, Tōmatsu records history in metaphorical terms. His hallucinatory image highlights the magnetic power of an object that witnessed an event so momentous that it can only be imagined.

The atomic bomb, American occupation and the fragmentation of traditional values defined the post-War generation in Japan. As an active part of avant-garde artistic circles, Tōmatsu avidly chronicled the life and mores of bohemia, where he found salient evidence of this cultural shift. In ‘Untitled’ 1969 from the series ‘Eros, Tokyo’, a young woman’s head is bent backwards into a strange fragment of flesh, the orifices almost alien. The photograph served as the cover of Tōmatsu’s 1969 photo book ‘OO! Shinjuku’, which depicted the infamous Tokyo night-life district, described by the photographer as ‘a spectre of desire that can swallow everything’1 . Applying his keenly surreal eye to the human body, Tōmatsu creates a disquieting sense of freedom and abandon. His oeuvre, in the words of writer Leo Rubinfien ‘presses us still harder with another, different kind of ambiguity, fundamentally modern, fundamentally photographic, and distant from the exquisite fogs, magical gestures and decorous circumspection of classical Japan.’2

Purchased with funds provided by Joanna Coghlan with support from Cameron Williams, and the Photography Collection Benefactors' 2012

Browse other works by Tōmatsu Shōmei 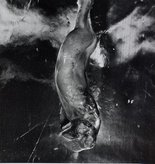