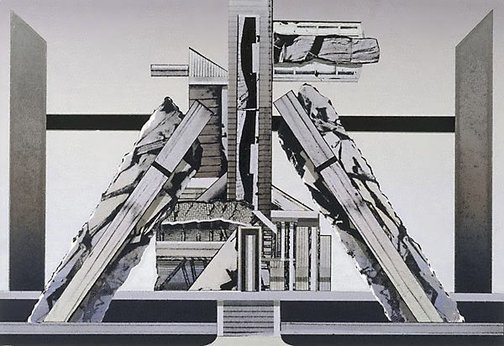 Jan Senbergs was born in Riga, Latvia and emigrated to Australia as a child in 1950. He studied at Richmond Technical School, Melbourne 1952-55 where he first met Leonard French and in 1956-60 undertook an apprenticeship as a screenprinter while attending Melbourne School of Printing and Graphic Art. Senbergs began to make his own screenprints in 1961 at RMIT with Len French making a considerable number based on industrial imagery. In 1966 he began teaching at RMIT and experimented with photographic screenprints, before travelling to Europe for eight months on the Helena Rubinstein Scholarship. He has worked and taught in Melbourne, Sydney, Canberra and Tasmania, was artist in residence at the Art Gallery of Western Australia in 1988 and Visiting Professor, Chair of Australian Studies at Harvard University, Boston 1989-90. He resigned from teaching in 1980 to concentrate on painting full-time. The Museum of Modern Art at Heide, Melbourne held a survey exhibition of his work in 1994.
Senbergs ceased making screenprints following a mural he was commissioned to make for the High Court of Australia, Canberra 1978-80, although he has subsequently made a number of lithographs with John Robinson and etchings at the Australian Print Workshop, Melbourne. The Gallery has a set of eight lithographs, 'Voyage six, Antarctica' made after Senbergs visited the continent with Bea Maddock and John Caldwell in 1987.
This print was made into a tapestry by the Victorian Tapestry Workshop in 1979, for the National Australia Bank.