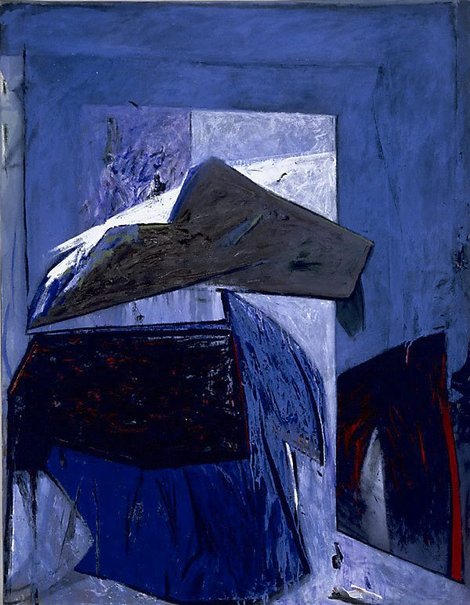 Fred Cress was born in Poona, India, studied at the Birmingham College of Art in England, and in 1962 came to Australia, settling in Melbourne. Over the ensuing two decades he became a leading practitioner of Australian abstract painting. From the late 1970s however, figurative forms began to insinuate themselves back into his work, abstract elements becoming elemental devices for creating three-dimensional spaces which reflected the artist's strong interest in the private world of Balthus and the compositional dramas of old masters such as Goya.

'The visit' is transitional, painted after the artist's reacquaintance with his birthplace, courtesy of the Visual Arts Board as Australia's representative at the Fifth Indian Triennale at New Delhi. One of the finest examples of the period, it looks forward to the dark, secretive, shapes which overlap and interpenetrate with the dramatis personae of his later works, at the same time carrying with it the best of his earlier abstract qualities.

Browse other works by Fred Cress