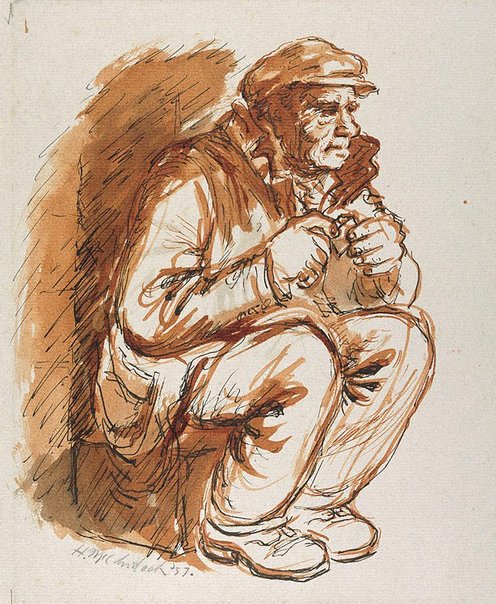 Herbert McClintock was born in Perth and studied at the National Gallery School in Melbourne under W B McInnes and Bernard Hall. He exhibited with the Contemporary Art Society and the Studio of Realist Art, of which he was a founding member in 1945. During WWII he was engaged as an official war artist, working alongside William Dobell. A retrospective of his work was held in 1980 at the Niagara Lane Galleries, Melbourne.

McClintock's work was largely figurative, in the social realist tradition, although for a time during the 1930s he also painted surrealist works under the name "Max Ebert". The move towards social realism began during WWII, when he became more interested in the themes of men at work and the realities of life in wartime.

McClintock was a committed socialist his whole life, illustrating journals for the Communist Party and other labour organizations. He was also seriously committed to drawing and retained an interest in it from his early career. As he said; My greatest interest is draughtsmanship. I love drawing. Painting is something I have added. I want to master use of the pencil. (Herbert McClintock, 1980 quoted in the catalogue Herbert McClintock retrospective 11 September - 3 October 1980, Niagara Lane Galleries, Melbourne n.p.)

This drawing reveals McClintock's interest in depicting ordinary working people. It is a sensitive portrayal that suggests that hard work that has led to the 'worker resting'.

Purchased with funds provided by the Arthur Boyd Acquisition Fund 2001

Browse other works by Herbert McClintock 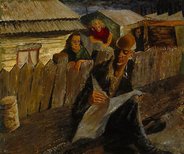