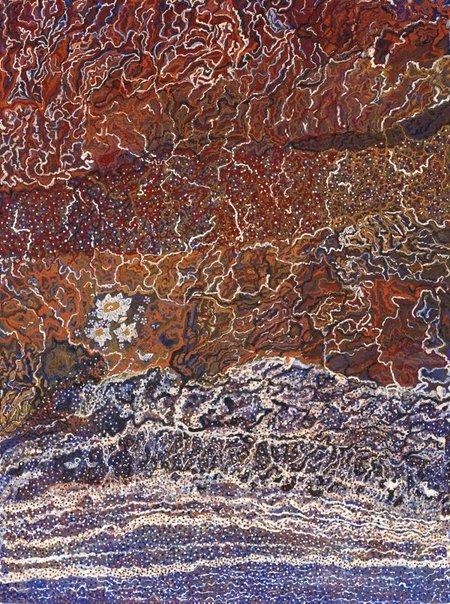 Born in the coastal country of the Kugu people around the Kendall River south of Aurukun on the Cape York Peninsula, Mavis Ngallametta is an elder of the Putch clan. Ngallametta learnt weaving and basketry skills using cabbage palm and pandanus from her elders and is an exceptional weaver, known for her colourful and asymmetrical forms.

In 2008 while working as a weaver at the Wik and Kugu Arts and Craft Centre in Aurukun, Ngallametta began painting on canvas. Using natural pigments collected from her country Ngallametta creates spectacular works that explore the complexities of the Western Cape landscape, as seen in 'Bush fire at Kutchendoopen' 2014. In this work Ngallametta explores the complex web of water systems, rivers and coastline that dominate the region, interspersed with simple figurative elements, providing an intimate view of this unique part of Australia, in the very colours and materials that are from the country itself.

Browse other works by Mavis Ngallametta 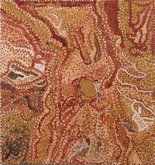