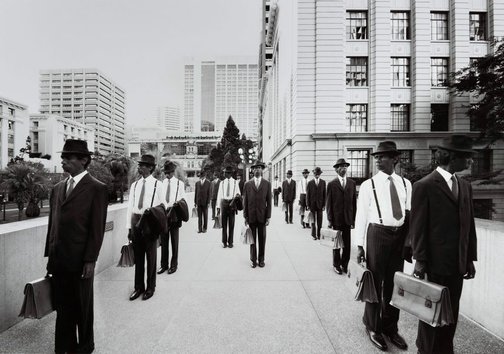 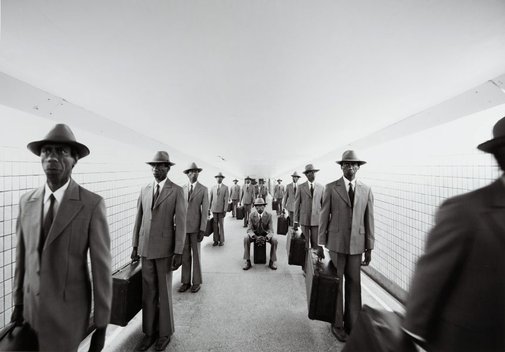 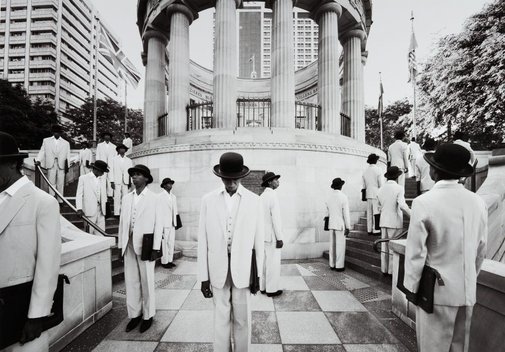 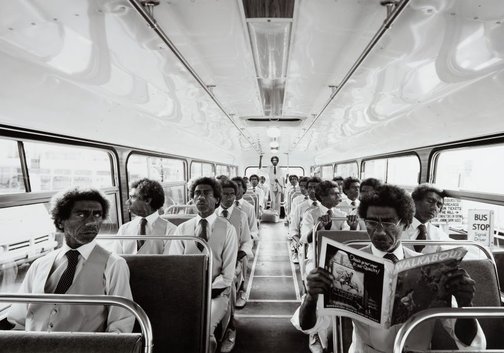 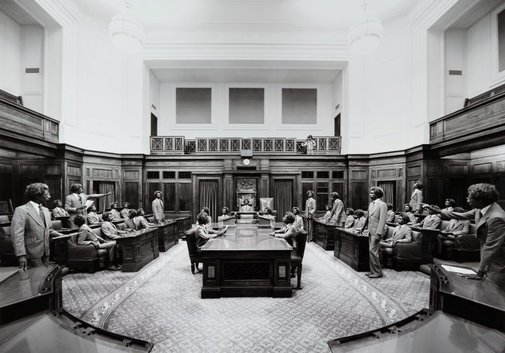 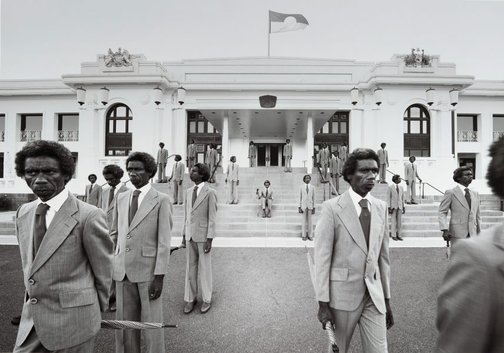 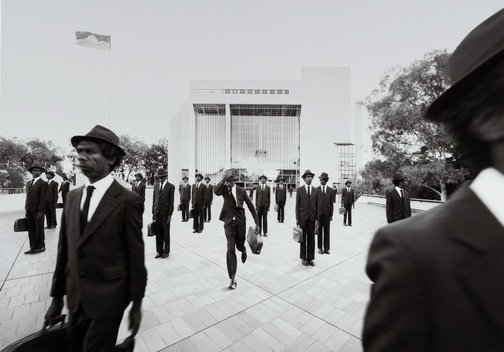 Michael Cook is a photographer who worked commercially both in Australia and overseas for twenty-five years. In 2009, Cook was drawn into art photography by an increasingly urgent desire to learn about his Aboriginal ancestry and identity. As a child, Cook was adopted and raised by a non-Indigenous family. Although they were not Aboriginal, they were active in their support of Indigenous rights. He said, 'I was raised with a strong understanding of my Aboriginal ancestry thanks to my parents. When I produce art, I feel a stronger connection with my ancestry. This helps me to understand Australian history-in particular, my history.'

Drawing upon his many years of experience as a photographer within the commercial fashion industry, he employs photographic layering to build his images. Also, he characteristically works in photographic series, his unfolding tableaux offer insolvable narratives which are not prescribed but left open to interpretation.

'Majority rule' 2014 is a landmark series by Cook in which he creates scenarios as a way of questioning Australian history and the dominance of those in power. Within each work, the character's multiplicity signifies the non-reality of the image created. The works are poignant reminders of the lack of Indigenous representation with Parliament, the judicial system and the business world, as well as the lack of acknowledgement of Indigenous people who have been members of our military.

Juliana Engberg (Editor), 19th Biennale of Sydney: you imagine what you desire, Sydney, 2014.