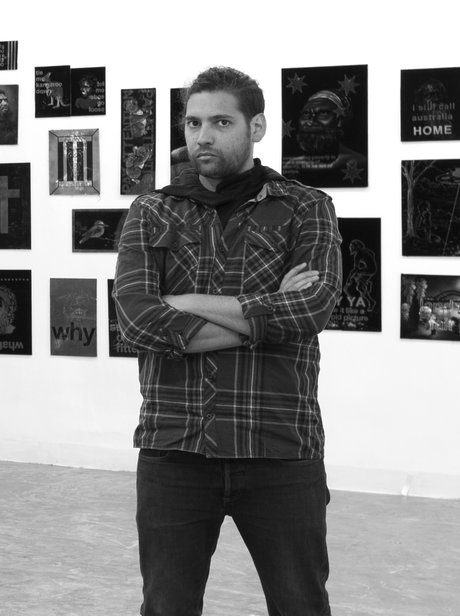 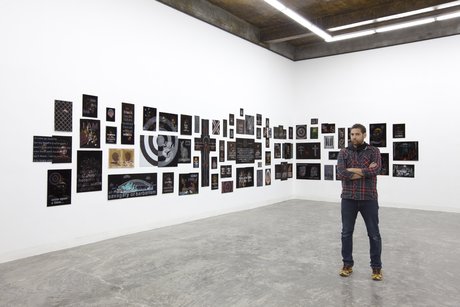 Tony Albert is a politically-minded artist provoked by stereotypical representations of Aboriginal people and the colonial history that attempts to define him, and what Aboriginality is, in the present. Albert has spent the majority of his life in Brisbane, but has strong family connections further north to the Girramay and Kuku Yalanji people of the rainforest region. In 2004 he completed a degree in Visual Arts, majoring in Contemporary Australian Indigenous Art, at Griffith University, while also undertaking a traineeship at the Queensland Art Gallery for the major exhibition, Story place: Indigenous art of Cape York and the Rainforest, 2003. Albert remained at the gallery as an exhibitions project officer and Indigenous trainee coordinator until 2007, when he left to focus on his artwork.

Along with Richard Bell and Vernon Ah Kee, Albert is a founding member of the Brisbane-based collective, proppaNOW, which was officially incorporated in 2006. Like Bell and Ah Kee, the use of text as a provocative device is central to Albert’s practice. By taking control of language and using it to interrogate cultural alienation, Albert shifts the power balance that has existed within language, and has been used to subjugate Aboriginal people since Cook took possession of this country in 1770 under the doctrine of ‘terra nullius’.

The major work, Headhunter, 2007 represents the culmination of several years work for Albert in collecting the objects that form the installation. Based on stereotypical portrayals of Aboriginal people, these manufactured objects would now make most people cringe and be viewed as kitsch items. They reflect Australia’s racist past and highlight the commodification of Aboriginal people for consumption by the non-Indigenous population, at a time when actual engagements with Aboriginal people were rare and predominantly paternalistic. The portrayals served to construct an image of Aboriginality that continues to cloud people’s perceptions of who is Aboriginal today and what they should look like.

At question here is: who is the hunter? Is it Albert himself in amassing these items? Is it the non-Indigenous population, who have furnished their homes with these objects? Could it be the scientists who have collected the skeletal remains of Aboriginal people for scientific research, and continue to house these in museum collections worldwide? Or is it all of the people who have hunted Aboriginal people on the colonial frontier in warfare and massacres? The only clue Albert offers to such questions is the seemingly incongruous small alien’s head on the letter ‘H’. This is one of his signature references, and is a symbol of the displacement experienced by Aboriginal people within Australian society.

Other works by Tony Albert