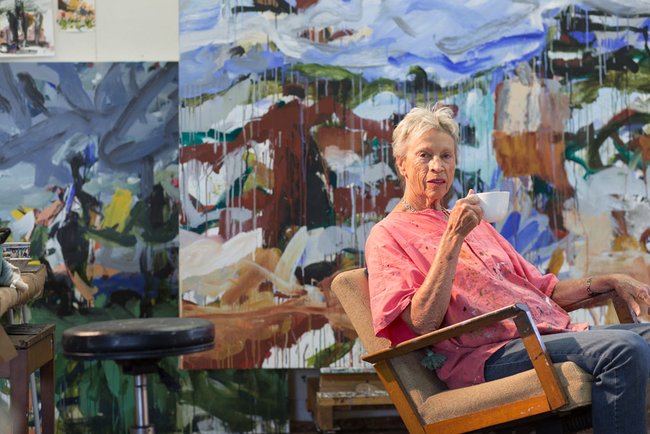 In The art that made me, artists discuss works in the Art Gallery of NSW collection that either inspire, influence or simply delight them. This selection by Ann Thomson first appeared in Look – the Gallery’s members magazine.

Ann Thomson was nine years old when she painted her first still life, an arrangement set up at a neighbour’s house in Brisbane. 'I was lucky that I found what I needed to do early,' she says of becoming an artist. 'But I had to fight my way to it. Art school wasn’t what my parents had in mind for me.'

In her twenties, she and her then husband, the photographer Robert Walker, frequently visited artist Ian Fairweather, who was living a hermit-like existence on Bribie Island. 'We would find this big curved log that was the entrance to where he lived,' she says. 'You’d stand there and make yourself known. Then he’d come out blinking in the daylight. There weren’t any windows in his abode. I think he did most of his painting at night by lamplight.'

Did she ever ask him about his work? 'Oh, goodness me, no!' she laughs. 'He just wasn’t interested in the things that we aspire to. That was a wonderful lesson, to know that, as an artist, it wasn’t about what people wanted to see, it’s a pursuit of something else. 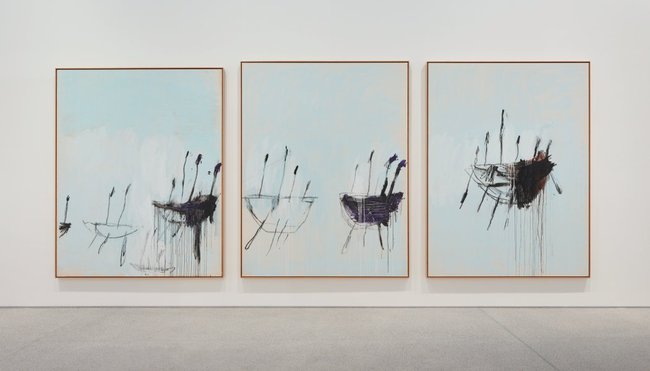 I first saw this at the National Gallery in London. My feet were hurting as usual and I just sank down on the floor against the wall and looked at it for a long time. Twombly had been asked to choose a painting in the National Gallery and paint his interpretation of it, as had a lot of artists. It was hung alongside Turner’s The Fighting Temeraire … I don’t know whether he did this after that request or before. Because he had done so many paintings of the Temeraire. There’s a quietness to it, of a boat slapping along in the water. The oars. The atmosphere is enough for me. If you look at Turner’s Temeraire painting and see the subtle colour that he used. It’s painting air. 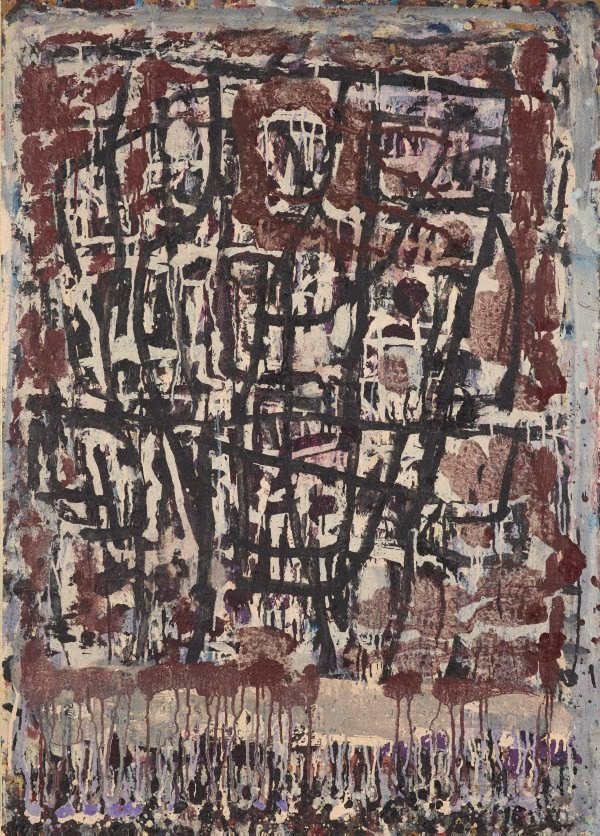 Abstract paintings like this are where Fairweather found his ultimate self in my view. He and the painting are working together when he starts off. You can see the overlaying and the changing and the response of one thing to another. You could never get a painting like this first go. Look at the drips. That’s where he’s been. That expresses his pathway. But look how well it’s come out. It’s perfection. It’s figures, but they’ve lost that rather obvious, two-eyes-and-a-mouth sort of look that his earlier works had. They’ve become part of his whole, open mind that was able to grow, to expand so much because of the way he lived. If you went to Bribie Island and looked down, there are all these colours and layers of leaves and twigs and earth. It’s part of that as well. How do you put all those things together? This is a way of painting that I’m interested in. It’s pulling in now and then, and memory, and imagination, into one thing. 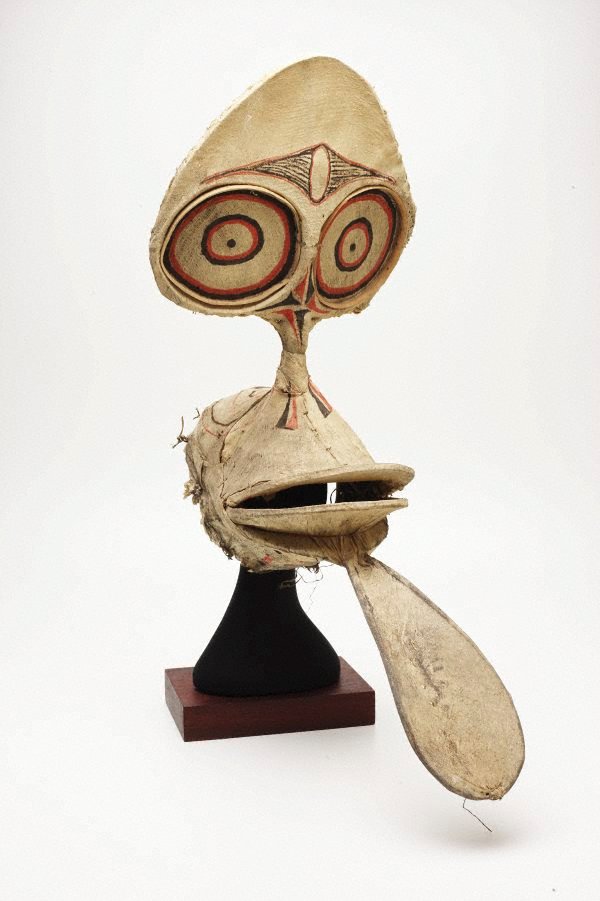 New Guinea art and tribal art has in it the beginning of art making. That’s why I’m so keen on going to see rock art in Central Australia, which I’ve done a lot. It’s the making of something that has totally its own life. If you take this mask [from Papua New Guinea] as one example, it’s like a disguise. It might have eyes and a mouth but it’s a whole other spirit. What it’s expressing is the spirit of what we have in us, which I think anyone in the world of making art, or composing music, dancing, writing – any of the creative pursuits – has in them. And they’re beautifully made. It’s not copying something that’s in front of us. It’s not about going to art school. Any creative process has to do with hard work and practice and repetition. These artists were skilled. They might have been the person the tribe asked to do these things, or to paint on bodies, or to make that miracle of something other happening in their celebrations or ceremonies, that took them out of the everyday into that spiritual world.