A masterpiece of medieval French art, The lady and the unicorn tapestries have long captivated and inspired artists, writers and musicians. Among these were Australian artist Arthur Boyd and expatriate poet Peter Porter who, from 1973 to 1975, collaborated on a suite of 24 etchings and accompanying poems on the theme.

Neither artist nor poet viewed the tapestries in the flesh. Boyd and Porter’s adaption tells an alternative version of the myth sparked by the exquisite beauty and enigmatic characters of the French tapestries.

Porter portrays the unicorn as an outcast, isolated by his uniqueness; a wild creature, only tamable by a virgin. The unicorn was the only animal not to make it onto Noah’s ark, and its rarity makes it desirable to a greedy emperor who collects animals and who sends forth his hunters. Meanwhile, the unicorn falls in love with a young lady, who in turn becomes infatuated. However, she soon tires of the unicorn’s love and betrays him by aiding the emperor’s hunters. The unicorn is captured and dies in prison, before being resurrected by an angel. Boyd renders Porter’s tale in an emotionally tumultuous and erotically charged visual language.

This suite of prints is on display in the 20th and 21st century Australian galleries on the ground floor of the Gallery, in conjunction with the exhibition The lady and the unicorn (10 February - 24 June 2018). The tapestry suite is on loan from the Musée de Cluny – Musée national du Moyen Âge in Paris 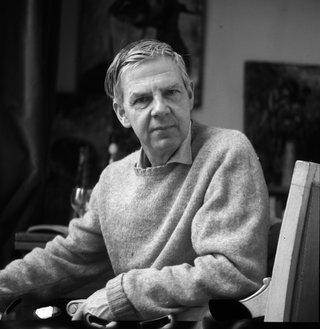 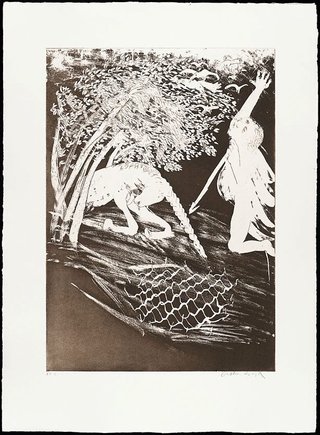 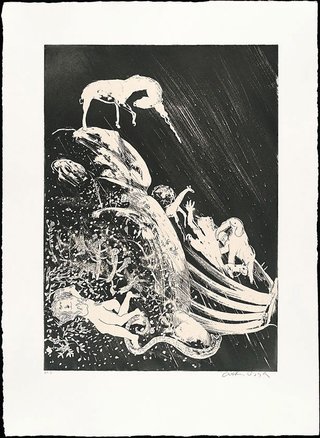 AGNSW collection Arthur Boyd The unicorn and the ark 1973-1974 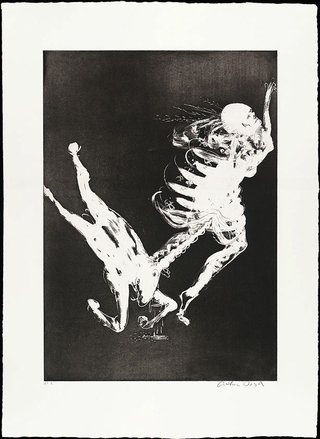 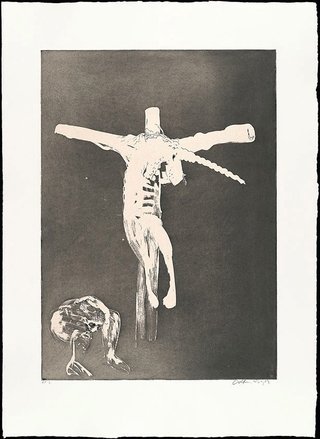 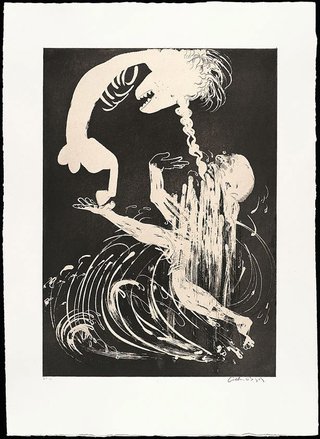 AGNSW collection Arthur Boyd The unicorn in the forest 1973-1974 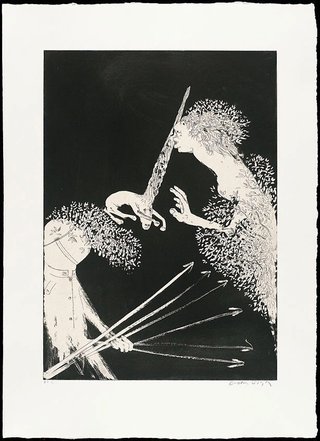 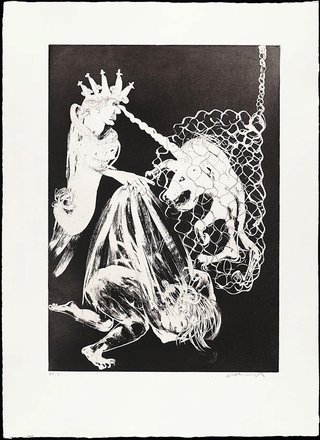 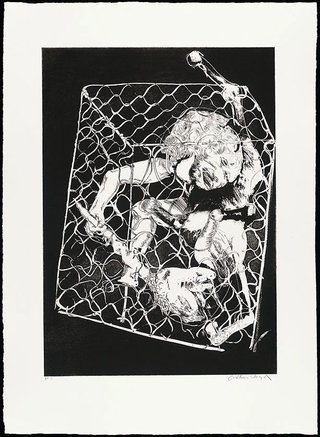 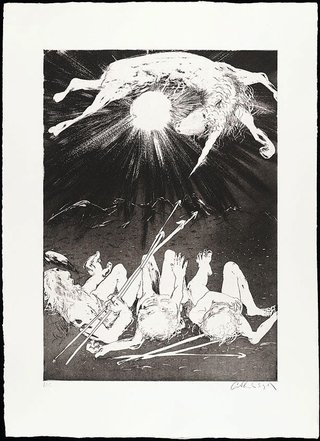 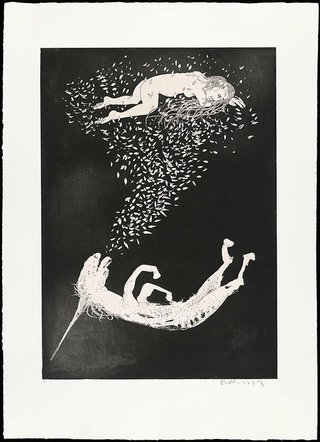 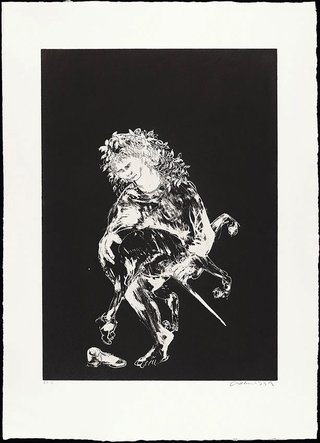 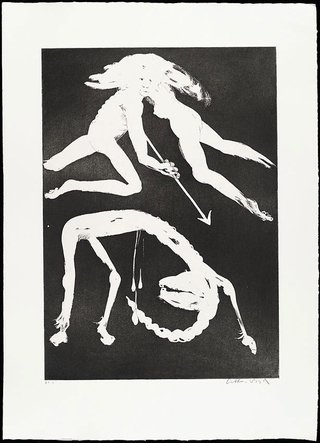 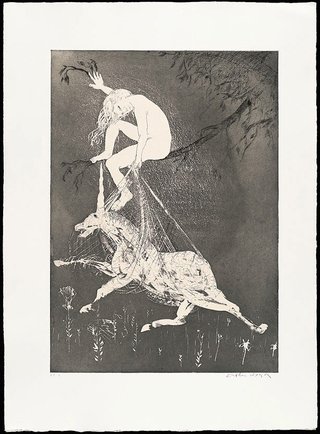 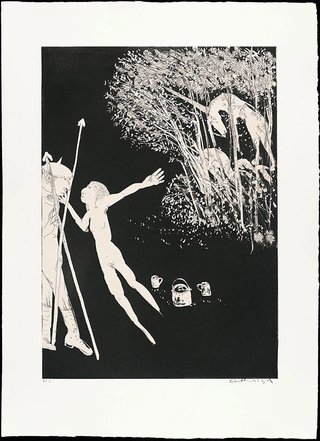 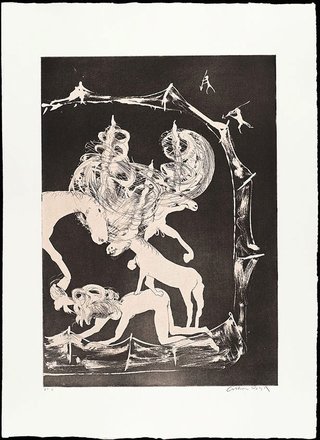 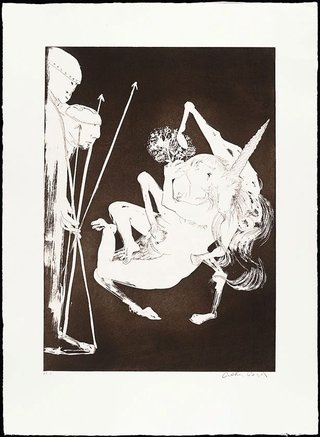 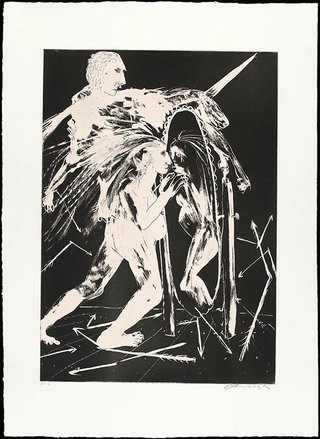 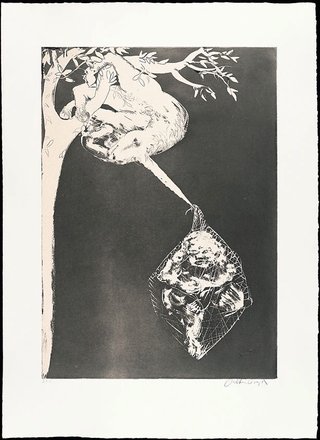 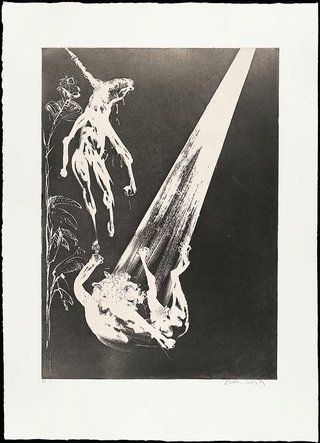 AGNSW collection Arthur Boyd The unicorn and the angel 1973-1974 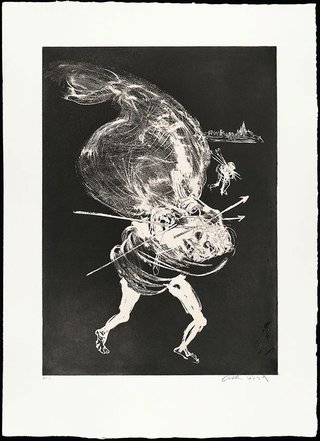 AGNSW collection Arthur Boyd Death of the unicorn I 1973-1974 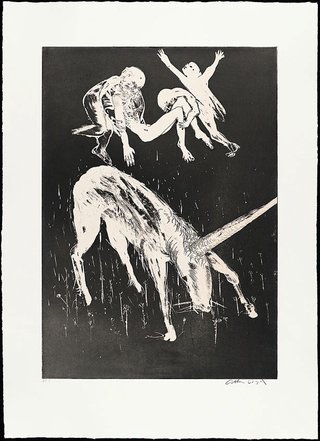 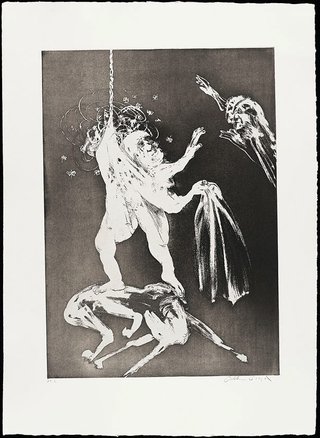 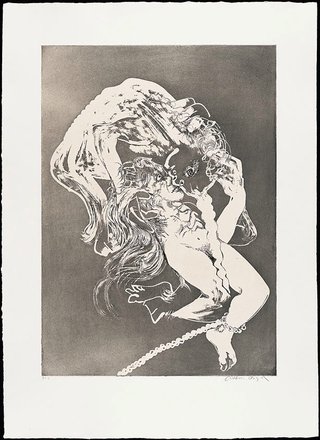 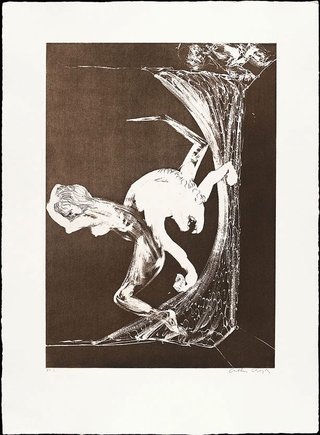