The Archibald Prize, from its outset, has aroused controversy, while chronicling the changing face of Australian society. Numerous legal battles and much debate have focused on the evolving definitions of portraiture.

First awarded in 1921, the Archibald quickly became a prize eagerly sought by artists, not only because of the money it offered and the publicity and public exposure it generated, but because it also gave portrait artists an opportunity to have their work shown in a major gallery. Previously, portraitists had been largely restricted to public or private commissions. These Archibald exhibitions allowed their artwork to be viewed as a serious art form.

Early in its history the Archibald Prize attracted conservative artists who were not involved in the modernist movement that characterised the Sydney art scene in the 1920s. Academic and tonal realism dominated the Archibald in its first decade, with WB McInnes winning the prize five times between 1921 and 1926. As a result, through the 1920s and 1930s many artists seeking the prestigious Archibald Prize painted ‘prize’ paintings, adapting their own styles to conform with the prize-winning aesthetic.

With the Archibald terms stipulating a portrait of a ‘distinguished’ man or woman, the award mostly attracted celebratory portraits of notable Australians. Many of the Archibald contenders turned to the traditions of public portraiture of the 17th and 18th centuries, which focused on the social role of the sitter – for example, as a monarch, bishop, landowner or merchant – rather than an individual with a unique personality and psychological make-up.

William Dargie’s winning paintings from the 1940s very much reflected this ideal of the social role of the sitter, but his seventh portrait in 1952, Mr Essington Lewis, CH, a technically conservative and predictable portrait, sparked art students’ demonstrations and the first exhibition of rejected Archibald entries.

Nevertheless, even in its first two decades, there were occasional diversions from the social role of the sitter, such as Henry Hanks’ self portrait in 1934, in which he depicted himself as an unemployed painter and tattily dressed. He was criticised for apparently ignoring the award’s terms specifying the portrayal of a ‘distinguished’ man or woman.

It was William Dobell’s prize-winning portrait of fellow artist Joshua Smith in 1943 that finally broke with the conventions that had been established with the Archibald.

Opposition to the win was intense and two Royal Art Society members, Joseph Wolinski and Mary Edwards (also known as Mary Edwell-Burke), took legal action against Dobell and the Gallery’s trustees, alleging that Joshua Smith was ‘a distorted and caricatured form’ and therefore not a portrait. In contrast, the supporters of Dobell described the portrait as both ‘a likeness or resemblance of the sitter and a work of art’, which allowed for distortion for the purpose of art.

In response to critics, Dobell said that when he painted a portrait he was ‘… trying to create something, instead of copying something. To me, a sincere artist is not one who makes a faithful attempt to put on canvas what is in front of him, but one who tries to create something which is living in itself, regardless of its subject. So long as people expect paintings to be simply coloured photographs they get no individuality and in the case of portraits, no characterisation. The real artist is striving to depict his subject’s character and to stress the caricature, but at least it is art which is alive.’

The case stimulated massive press coverage and public comment – by those both familiar and totally unfamiliar with art. Ultimately, the Dobell case became a lively debate about modernism. The question of whether the painting was portraiture or caricature equally asked the questions of what constituted a portrait and what was the relationship of realism to art in general. Justice Roper upheld Dobell’s award on the grounds that the painting, ‘although characterised by some startling exaggeration and distortion… nevertheless bore a strong degree of likeness to the subject and undoubtedly was a pictorial representation of him.’

While the Archibald Prize never failed to stimulate debate, controversy yet again loomed when, in 1976, Brett Whiteley won, with his painting Self portrait in the studio, marking a turning point for the prize. The self portrait is seemingly reduced to the artist’s face reflected in a hand-mirror within the vast expanse of the blue of his studio and its collection of objects.

Whiteley followed this win with an even more expressive work in 1978: Art, life and the other thing, a triptych that explored three issues – the status of photographic representation in portraiture, the Dobell controversy and the representation of Whiteley’s own battle with heroin addiction.

Whiteley’s reference to photographic representation presumably dealt with yet another Archibald controversy: portraits painted from photographs. In 1975, John Bloomfield’s large photo-realist portrait of Tim Burstall, the filmmaker, was disqualified as it was painted from a photograph and because Bloomfield had never met Burstall. In this case the debated point was the justification of portraiture as revealing the inner self of the sitter rather than being simply a faithful rendering of facial features.

Bloomfield struck back in 1981 when he threatened legal action over that year’s winning portrait of Rudy Komon by Eric Smith, which strongly resembled a 1974 photograph of Komon. Komon defended the award, saying he had been sitting for Smith for 21 years. These two cases highlight the debate about the nature of portraiture: is it about getting a good likeness or is it about character revelation?

But they aren’t the only cases or the last. Further controversies are chronicled in the Archibald chronology of events 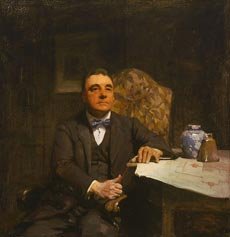