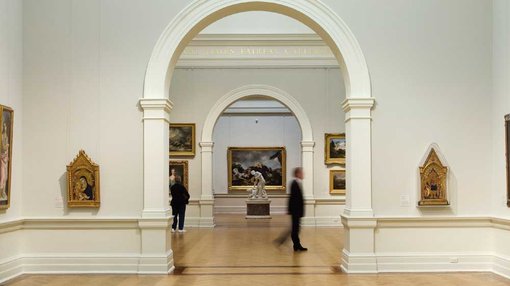 From the front entrance, ground level

From the rear entrance, lower level 1