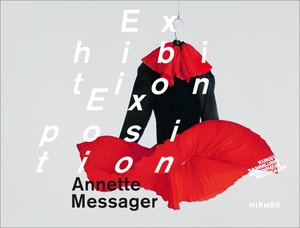 The French artist Annette Messager (b. 1943) is one of the most important personalities of the international art scene. Her extensive installations focus on the human body and its attributes. Fragmented and joined together again with thread to form something new, she thereby creates a cosmos that is both fascinating and radical. In more than 40 years of artistic creativity Annette Messager has developed her own, concentrated pictorial language. In the early 1970s she still worked mainly with stuffed birds, knitting and picture collections; later these were complemented by drawings, photographs and installations with soft toys and clothes. By assembling and arranging the most delicate of elements she produces visually stunning works on the gender clichés of contemporary society. This bibliophile’s art book reproduces the latest installations in addition to her most impressive works. It is published to accompany the first solo exhibition in a German museum for 25 years and provides an opportunity to rediscover the oeuvre of Annette Messager.