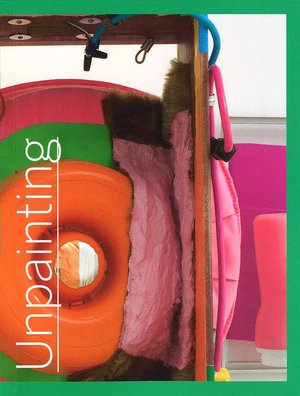 Unpainting brings our attention to the Gallery’s extraordinary holdings of abstract paintings, focusing on unconventional and experimental approaches to the medium from the 1960s to the present day. The exhibition demonstrates that despite routine declarations of its decline, abstract painting is an urgent and vital mode of art-making that seems to exist in a state of constant reinvention.

Curator Nicholas Chambers’ introductory essay in the accompanying publication proposes six frameworks to consider the selected works – unpainting, unhinged, unmanned, untitled, unravelling, unending – which highlight an attitude of experimentation, unbound to convention and often underpinned by a restless desire to disrupt the standards of the day.

Three of the contributing artists – Dona Nelson, Christine Streuli and Jessica Stockholder – are also interviewed about their practices and their works in the exhibition.