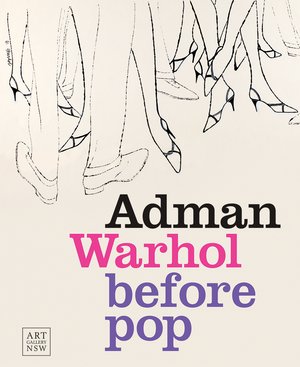 See inside Adman: Warhol before pop

With the backdrop of 1950s New York and its burgeoning advertising industry, Adman focuses on the formative years of one of the 20th century’s most influential artists, Andy Warhol.

Essays by Warhol scholars and other experts in their fields provide surprising insights into the beginning of Warhol’s career, from his award‐winning work as a commercial illustrator through to his first, little‐known exhibitions.

With more than 150 illustrations including rare drawings and photographs, vintage advertisements, artist books, photographs and archival material, Adman explores this early phase of Andy Warhol’s art practice and his career in advertising between 1949 and 1961. The typography of Warhol’s mother, Julia Warhola, is also featured.