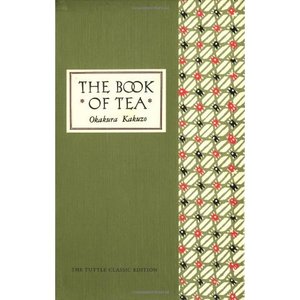 The Book of Tea

In 1906 in turn-of-the century Boston, a small, esoteric book about tea was written with the intention of being read aloud in the famous salon of Isabella Gardner. It was authored by Okakura Kakuzo, a Japanese philosopher, art expert, and curator. Little known at the time, Kakuzo would emerge as one of the great thinkers of the early 20th century, a genius who was insightful, wittyùand greatly responsible for bridging Western and Eastern cultures.
Nearly a century later, Kakuzo's The Book of Tea is still beloved the world over. Interwoven with a rich history of tea and its place in Japanese society is poignant commentary on Eastern culture and our ongoing fascination with it, as well as illuminating essays on art, spirituality, poetry, and more. The Book of Tea is a delightful cup of enlightenment from a man far ahead of his time.