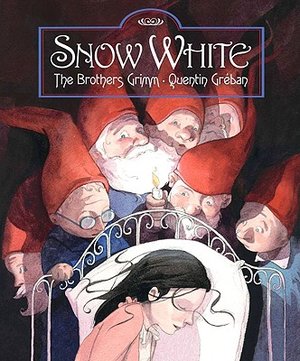 A new, anime-influenced edition of the classic Brothers Grimm fairy tale follows the beautiful princess--whose lips were red as blood, skin as white as snow, and hair as black as ebony--who was forced to flee from her wicked stepmother's jealousy and was rescued by seven lovable dwarves.