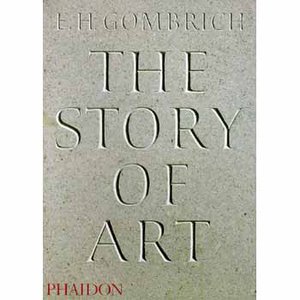 The Story of Art

This text is the 16th revised and updated edition of this introduction to art, from the earliest cave paintings to experimental art. Eight new artists from the modern period have been introduced. They are: Corot, Kollwitz, Nolde, de Chirico, Brancussi, Magritte, Nicolson and Morandi. A sequence of new "endings" have been added, and the captions are now fuller, including the medium and dimension of the works illustrated. Six fold-outs present selected large-scale works. They are: Van Eyck's "Ghent Altarpiece", Leonardo's "Last Supper", Botticelli's "Birth of Venus", Jackson Pollock's "One (Number 31, 1950)", Van der Weyden's "Descent from the Cross" and Michelangelo's Sistine Chapel ceiling.