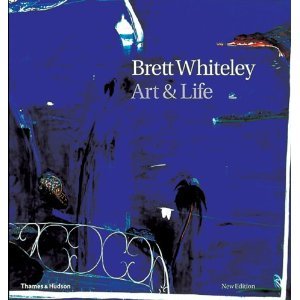 Superbly illustrated and produced, Brett Whiteley: Art & Life is a fitting tribute to one of Australia’s most significant artists, a man whose outstanding work will continue to influence and inspire for many years to come. It was originally published to coincide with an exhibition at The Art Gallery of New South Wales in 1995 – the first major retrospective of the artist’s work.

Brett Whiteley died in 1992, ending one of the most prodigious careers in the history of Australian art. He achieved wide recognition, spending a long period abroad, exhibiting paintings, drawings and sculpture in Britain, Europe and the United States, before returning to Sydney permanently at the end of 1969.

Three texts provide different perspectives on his life and art: Barry Pearce, Head Curator at The Art Gallery of New South Wales, gives a comprehensive overview of the artist and his work; Bryan Robertson offers an impression of Whiteley’s years in London; and Wendy Whiteley, his model and wife for over three decades, contributes an intimate portrait of the man behind the work.