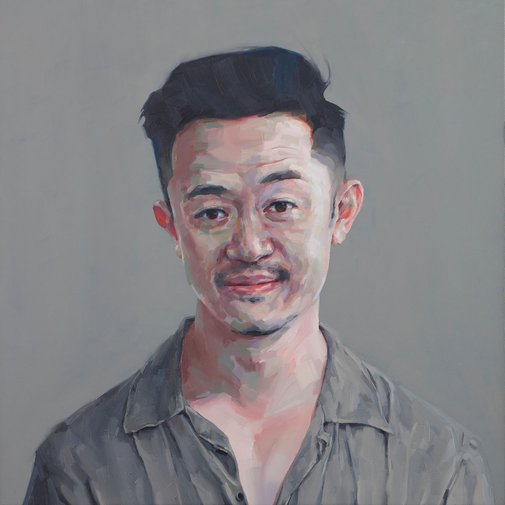 Born and raised on the Sunshine Coast in Queensland, Benjamin Law is a Sydney-based author, broadcaster and journalist.

‘I’ve followed Benjamin Law’s career ever since he worked in a bookshop in West End, Brisbane many years ago. I was thrilled when he agreed to sit for me at the end of 2018. He’s articulate, experienced, opinionated and endlessly entertaining. As I painted Benjamin’s face it was revealed as happy and sad, a reflection of someone who has confronted discrimination and injustice with a positively wicked sense of humour,’ says artist Keith Burt.

Born in Sydney in 1969 and raised in Melbourne, Burt lives and works in Brisbane. After a career in animation and freelance illustration, he has been painting full-time since 2011, with regular solo shows in Brisbane and Melbourne featuring landscape paintings, still life and portraiture. This is his second time in the Archibald Prize.