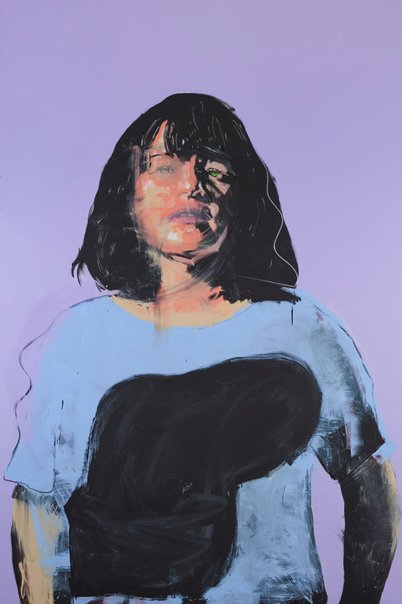 Benjamin Aitken’s subject is artist Fiona Lowry, who won the 2014 Archibald Prize with a portrait of Penelope Seidler. Renowned for her haunting paintings, made using an airbrush and a limited palette of soft, pastel colours, Lowry also won the 2008 Doug Moran National Portrait Prize.

‘Fiona is a friend of mine. I only paint one or two portraits a year, and I want it to be someone I know personally. Fiona and I have a connection as we were both brought up in Pentecostal families. I wanted to paint her with a look of religious awe, the way Michelangelo and Caravaggio may have done,’ says Aitken, who prefers not to overexplain the painting.

Born in Melbourne in 1991, Aitken is the founding director of the Nicholas Foundation, an itinerant gallery and public collection supporting Australian artists. This is his third time in the Archibald Prize.