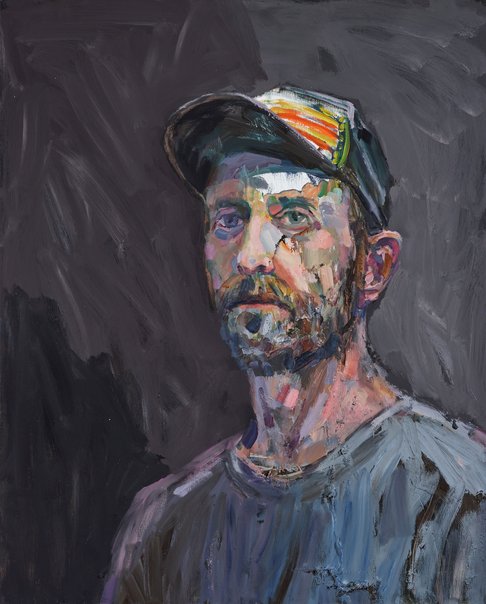 As the title suggests, Guy Maestri’s self-portrait was painted in the first weeks of being a new father.

‘It was painted in the mirror, during a few stolen hours of studio time,’ says the artist, who was born in Mudgee, New South Wales, and lives and works in Sydney.

‘It is a dark painting, but feels like an honest documentation of my physical and emotional state at the time; not emotionally dark, but exhausted and nocturnal. That’s what I like about painting in the mirror, even if you can’t see it, your state of mind comes out in the painting.

‘I didn’t make this painting for the Archibald Prize, I actually painted someone else, but it was no good. This painting was just there in the studio, and says so much about this particular time in my life.’