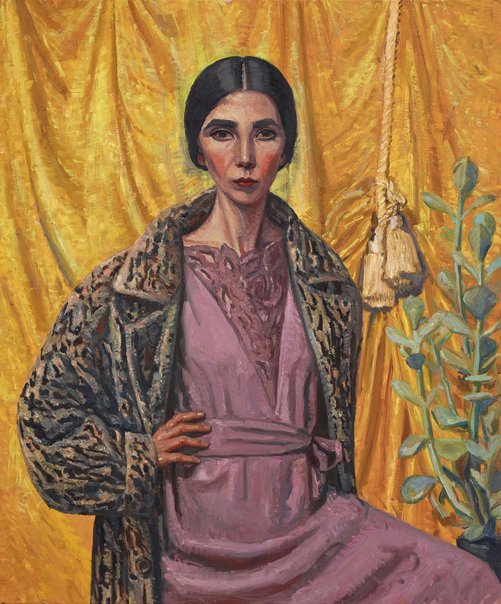 Over the past 21 years, Yvette Coppersmith has experimented widely with style and subject matter but she keeps returning to the self-portrait. ‘It allows me to work from life, with intense absorption in the painting process,’ she says.

George Lambert (1873–1930) is one of her favourite artists. ‘His style was academic, yet he supported the avant-garde in Australia and painted portraits of his artistic contemporaries Thea Proctor and Hera Roberts – both independent, self-possessed style-makers at a time of burgeoning female empowerment,’ she says. ‘In referencing George Lambert’s style, it’s like an outfit slipped on, creating a fixed image of an ever-changing self.’

This is the fifth painting Coppersmith has had in the Archibald Prize. Before starting it, she asked to paint the prime minister of New Zealand, Jacinda Ardern. ‘Ardern wasn’t available but I thought I might channel something of her in my self-portrait,’ says Coppersmith.

‘I had several reasons for asking Jacinda Ardern, but through her role she expands what an image of a young woman can signify – inspiring others to think beyond any perceived limits of their own image in relation to the contemporary political landscape.’