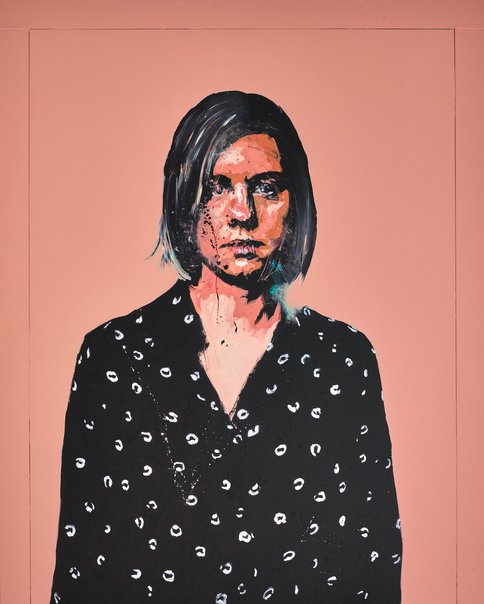 Benjamin Aitken’s subject is artist Natasha Bieniek who is herself a five-time Archibald finalist. In 2015, she won both the Wynne Prize and the Portia Geach Memorial Award.

‘She is a good friend and I felt I could nail a portrait of her because of that,’ says Aitken. For her part, Bieniek has knocked back several requests to paint her portrait in the past, but agreed this time, trusting Aitken to do a good job.

Born in Melbourne in 1991, Aitken works for International Arts Services, a company specialising in the handling of art. A self-taught artist, he is known for his abstract text-based paintings. Though he doesn’t paint many portraits, this is his second time in the Archibald Prize, having also been a finalist in 2016 with a painting of artist Jon Cattapan.

‘I approached this portrait in a more conservative way to how I normally paint,’ says Aitken. ‘But I wanted to achieve a realness. So, I have used a simple background and a naturalistic style to throw the focus squarely on Natasha.’

Aitken is the founding director of the Nicholas Foundation, an itinerant gallery and public collection supporting Australian artists at all stages of their career, which currently holds over 50 works.