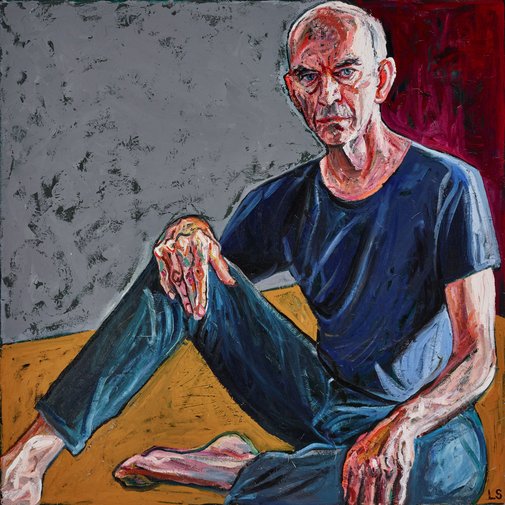 ‘Having watched this movie at university, I was deeply affected by his sensitive and deeply human portrayal of the confronting character. So, when I happened to meet Nicholas during the premiere of his recent film, Event zero, I was compelled to ask him if he would sit for a portrait,’ says Spirovski.

‘He graciously accepted and invited me into his home. I was immediately struck by the very natural, almost balletic way in which he sat on the rug and proceeded to paint him like that. His intense eyes were what I most wanted to highlight, coupled with the controlled calm of his posture.’

Born in 1990 in Manila, the Philippines, to Filipino and Serbian parents, Spirovski immigrated to Australia when she was eight years old. She now lives and works as a full-time artist in Newtown with her husband, concert pianist Simon Tedeschi. A largely self-taught artist, Spirovski trained at the College of Fine Arts as an art teacher. She was also a finalist in last year’s Archibald Prize with a portrait of John Bell.