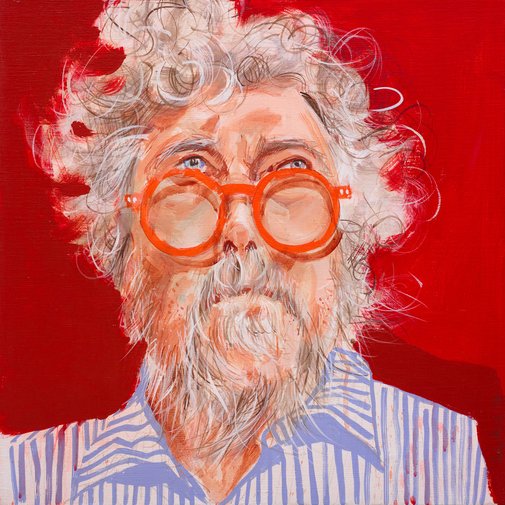 The trial, which took place in Melbourne in 2016, was the longest, most expensive art fraud case in Australia’s legal history. In April 2017, Siddique and art dealer Peter Stanley Gant were acquitted.

‘Remy’s captivating presence in the courtroom was inspirational. I originally thought I would paint him kitted up in wig and robes, however, as the weeks passed it was his warmth and eccentricity I decided to capture,’ says Luke.

‘We also sat together in his chambers and I contacted his friends to research his life, discovering a colourful personality outside the depressing, black court environment.”

‘During the trial my constant sketching attracted the attention of the judge who confiscated my sketchbook temporarily, with Remy representing me on the courtroom floor to have it returned,’ adds Luke.

Born in Melbourne in 1947, Luke has a career in art and design that spans five decades. He has an obsession with making ink and wash portraits in sketchbooks. The courts for him are a smorgasbord of opportunities.