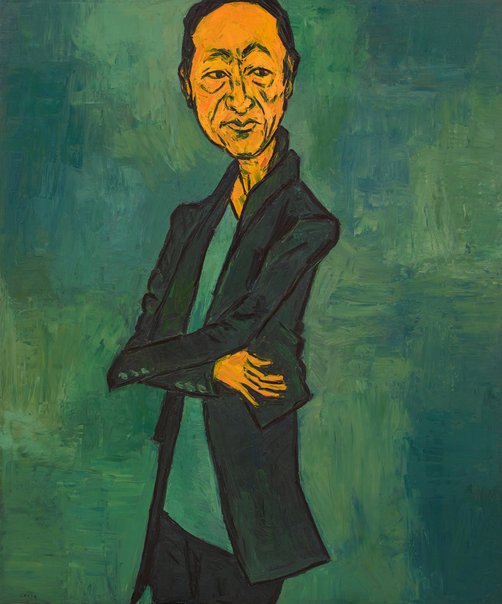 Simon Chan is the director of Art Atrium, a Sydney gallery that he founded in 2009. He is also a practising architect and an art collector of more than 30 years standing. He is currently chair of the board of the Aboriginal Benefits Foundation and a director on the board of VisAsia at the Art Gallery of New South Wales. In 2013, he received the inaugural NSW Premier’s Multicultural Award for Arts and Culture.

Chan is Tony Costa’s art dealer. They first met in 2014. ‘I was immediately struck by his enthusiasm, humility and generosity. Simon has a particular way of standing and I wanted him to appear as I saw him – enjoying himself, in command, confident and relaxed. I hope all those qualities are conveyed in the portrait,’ says Costa.

Born in Sydney in 1955, Costa completed postgraduate studies at the City Art Institute Sydney. In 1988, he was selected to participate in the Triangle Artists’ Workshop in New York. He was an Archibald finalist in 2015 and has also been a finalist in the Doug Moran National Portrait Prize, Fleurieu Biennale, Dobell Prize for Drawing, Sulman Prize and Wynne Prize. He won the 2014 Paddington Art Prize for landscape.