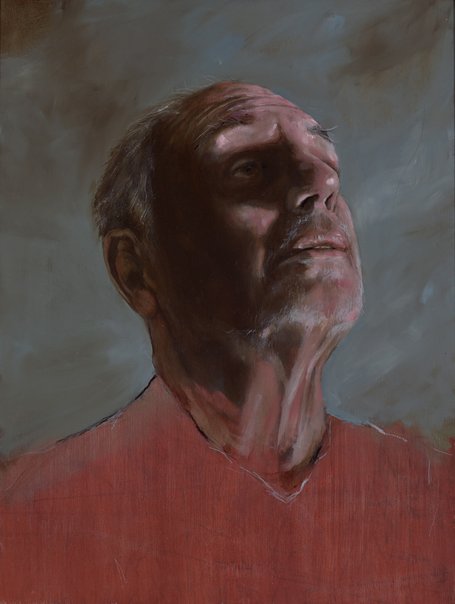 In 1996 Philip Nitschke became the first doctor in the world to administer a legal lethal voluntary injection, under the Northern Territory euthanasia law Rights of the Terminally Ill Act 1995. Today the former doctor is the founder/director of Exit International.

‘Known as “Dr Death”, he is a fearless humanist who stands strong and refuses to let the media, law or the medical board stand in his way. He is the face and name behind a topic that I dare say everybody will question at some point in their life,’ says Mirra Whale.

‘The debate around euthanasia is as progressive as it is controversial. Philip stands for more than a voice for this edgy issue; he stands for human rights. He argues that everyone has a fundamental right to control their own death just as they have a right to control their own life. Philip’s compassion, work and contribution to this eternal societal conundrum are courageous and inspiring.

‘I painted Philip with shadows and light masking his face to symbolise the two different sides of opinion. I have deliberately left part of the painting unfinished, as the right to die is unfinished business.’