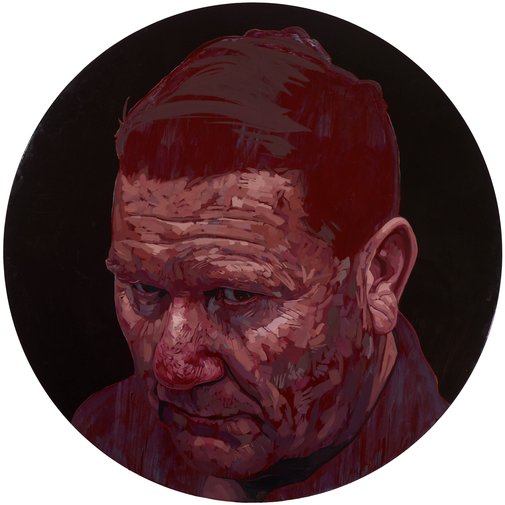 Craig Campbell is a retired police officer. He came to public attention after being photographed saving the lives of two people being attacked by a violent mob on a train during the 2005 Cronulla riots.

‘According to the Daily Telegraph he “went old-school” and forced the rioters off the train and station platform,’ says Abdul Abdullah. ‘Seeing this man go seemingly above and beyond the call of duty to protect two innocent people from a violent mob struck me as a true example of heroism. In Mr Campbell’s own words, he was “just doing his job”.

‘In January this year I read in the newspaper about the personal cost inflicted on Mr Campbell following the riots. The bravery award he had been nominated for had been denied to him, he had lost his home, his marriage had fallen apart and he suffers chronic post-traumatic stress disorder (PTSD). I met him with his carer at the Wollongong lighthouse. The price he has paid for his bravery was clear. I didn’t want to paint him as a knight in shining armour, but rather as he is: a rough, battle-hardened old warrior who lives with the ghosts of a lifetime of trauma.’

Born in Perth in 1986, Abdullah is currently based in Sydney and works across painting, photography, video, installation and performance. He was a finalist in the Archibald Prize 2011, 2013 and 2014 and is a finalist in the 2016 Sulman Prize.