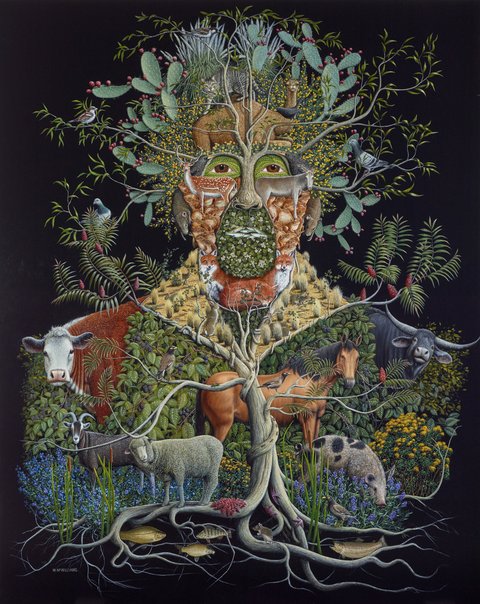 ‘For some time, I have wanted to paint an image of the many introduced species which have gone on to become pests or affected the land in some way. Man, the species that has had the most impact on the environment, would have to be included,’ says Michael McWilliams.

‘For this reason I chose to turn the painting into a portrait reminiscent of the 16th-century Italian painter Giuseppe Arcimboldo and his composite heads. I chose to paint a self-portrait as I thought it unfair to ask any individual to be included in a painting called “the usurpers”.

‘The species chosen for this painting are those I think have caused the most environmental damage; however, I have tried to paint each creature as if it is innocent and oblivious to its actions. I was not greatly concerned about achieving a likeness of myself but it does actually look quite similar to me. My hair, however, is not so luxuriant and I don’t have ratty ears.’