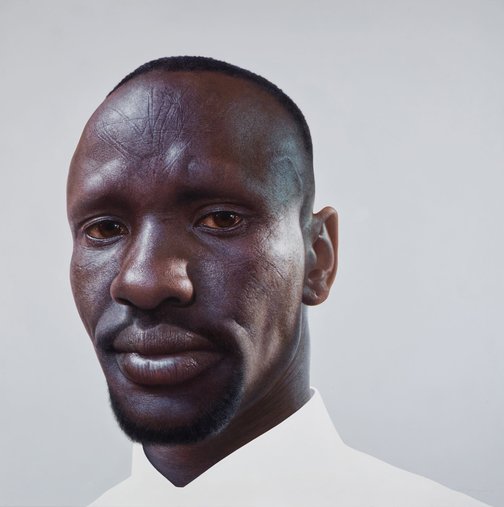 Sudanese refugee and lawyer Deng Adut came to the attention of Nick Stathopoulos through an advertisement for Western Sydney University, where Adut was a graduate. It movingly documented how he came to Australia following life as a child soldier in Sudan and how he put himself through law school, becoming a formidable refugee advocate and community leader.

Despite his increasingly busy schedule, Adut agreed to sit for Stathopoulos. ‘You really need to have the subject there in front of you to capture that life-spark and commanding presence. Those eyes, those scars, tell a story that no ad could ever convey,’ says the artist.

The portrait took over four months to complete, more time than Stathopoulos has ever spent on any single painting. ‘I’m actually a very traditional practitioner by choice. I’ve spent my entire life developing my style and process. What I do is time-consuming, laborious and painstaking,’ he says.