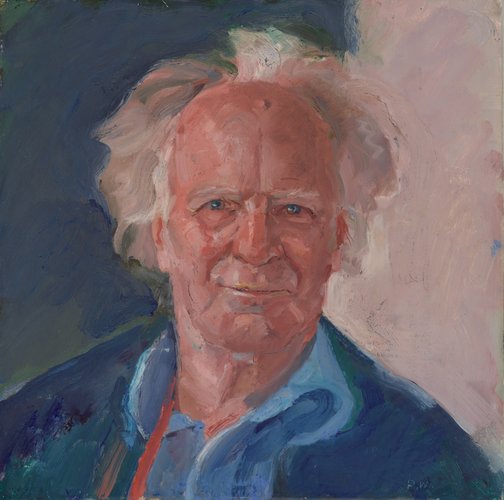 John Wolseley is a painter, printmaker and installation artist. He has lived and worked all over the continent, from the mountains of Tasmania to the floodplains of Arnhem Land. He sees himself as a hybrid mix of artist and scientist. His assembled works on paper represent a kind of inventory or document about the state of the Earth. In 2015, he had a major exhibition called Heartlands and headwaters at the National Gallery of Victoria.

‘I have known John Wolseley for over 20 years, but it was only recently that I asked if he would sit for me,’ says Peter Wegner. ‘This portrait is about one artist painting another and, for me, continues my series of painting friends and people around me. There is a certain bohemian aesthetic to John’s persona which I warmed to along with his roaming nomadic spirit.’