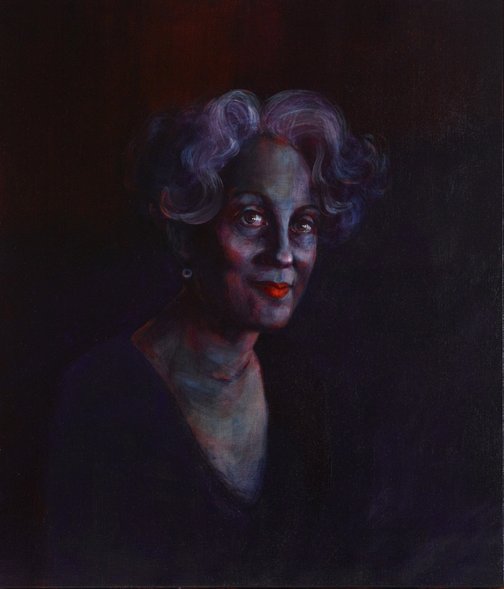 Elizabeth Farrelly is a Sydney-based columnist and author. She holds a PhD in architecture and several international writing awards. A former editor and Sydney City Councillor, she is also Associate Professor of Urbanism at the University of NSW. Her books include Glenn Murcutt: three houses, Blubberland: the dangers of happiness and a crime novel for children called Caro was here.

‘Elizabeth Farrelly is usually regarded as a bomb-thrower rather than a church-lady, but as a woman who likes to throw herself into all walks of life, and as a lover of singing, she was drawn to the choir at Christ Church St Laurence,’ says Mirra Whale.

‘Behind her sits my uncle, enchanted by her hair: an amazing head of wild curls that defy gravity, each lock capturing the light and changing colours as the sun beams through the stained glass window above, encasing her in shifting hues. This was my introduction to Elizabeth: a woman of charm, wit, confidence, intelligence and a bright red lipstick smile. To me this image captures her colourful and multifaceted life and nature.

‘I wanted to paint a strong female figure within my community,’ adds Whale. ‘Elizabeth, once described as a Renaissance woman, was the perfect candidate.’

Born in Sydney in 1979, Whale works in the fields of painting, printmaking and drawing. She was a finalist in 2014 Archibald with her portrait of the late Tom Uren and was selected for the Portia Geach Memorial Art Award in 2012, 2013 and 2014 and the 2013 Salon des Refusés.