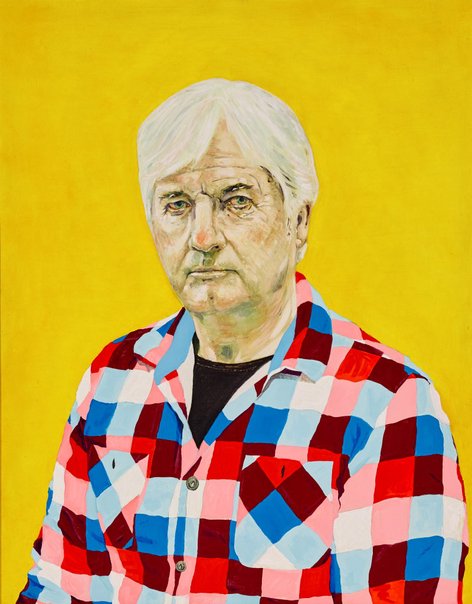 ‘We dipped and dove on our descent amidst cyclonic winds, drifting sideways on the tarmac as we landed. The plane continued to shake violently even after we’d stopped at the terminal. I had arrived in the midst of a horrific “once-in-a decade” storm. In blinding rain, I proceeded from the airport, eventually making my way to John Jarratt,’ recalls Condon.

‘The afternoon was spent out in the back shed, drawing, painting and occasionally having a good laugh as rain hammered on the roof. After I had completed my preparatory drawings and watercolours, we withdrew to the house to enjoy coffee and cakes.

‘I wanted to be among the eucalyptus forest where I had lived as a child and returned to the Great Ocean Road hoping to infuse the work with a stronger sense of purpose and Australianness. John Jarratt is one of my favourite Australian icons. He has a brilliant personality, both on and off screen, one I will never forget.’

Born in Geelong, Victoria in 1985, Condon has a Master of Fine Arts from the Royal Melbourne Institute of Technology and a Bachelor of Fine Arts from the Victorian College of the Arts. He is currently undertaking his Masters in Art Curatorship at Melbourne University. He is a three-time finalist in the Brett Whiteley Travelling Art Scholarship and was a finalist in last year’s Archibald Prize.