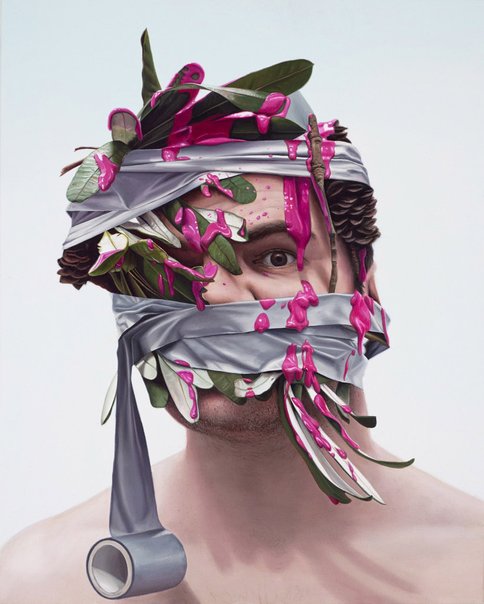 WC Piguenit is often credited as the nation’s first Australian-born professional artist. A sensitive observer of our natural landscapes, intrepid explorer and photographer, he was captivated by dramatic mountain scenery. He is remembered for his sunset-hued depictions of the natural environment.

‘I can relate to Piguenit,’ says Juan Ford. ‘Recently, as a homage, I attempted to channel his vision. I soon realised that this was an impossible and patently absurd thing to do. Naturally, the next best thing is to make a painting about the absurdity of trying to do this in the first place. It’s part tribute, part folly, part self-portrait.’

Ford’s practice is interdisciplinary, ranging from painting to installation. A constant theme in his work centres around observations and inquiry into humanity’s relationship with the natural environment. A great deal of his painting has involved an active engagement with the Australian art canon in an original and subversive manner.

Born in 1973, Ford lives and works in Melbourne. He has a Master of Arts by research from the Royal Melbourne Institute of Technology. He has had 29 solo exhibitions since 1998 and has participated in over 100 group exhibitions, including projects in Manifesta 9, the European Biennale of Contemporary Art in Belgium, 2012, and Melbourne now at the National Gallery of Victoria, 2013. Ford was an Archibald finalist in 2012.