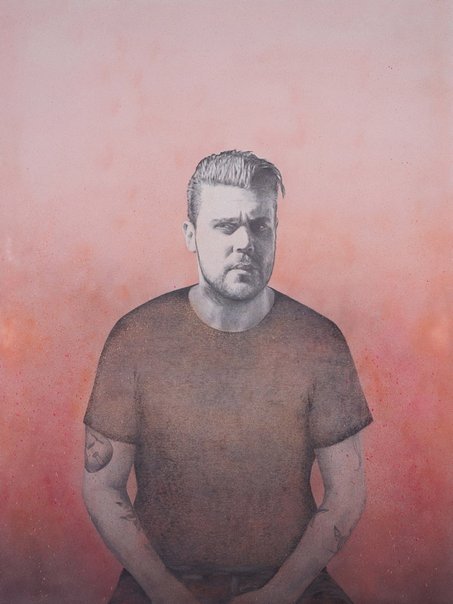 Singer/songwriter Dan Sultan is a member of The Black Arm Band. In 2010, he won two Deadly Awards, two Australian Independent Record (AIR) Awards and two ARIA Awards for best blues and roots album and male artist of the year. He is only the second Indigenous performer to take out this award trifecta (Deadly, AIR and ARIA) after Geoffrey Gurrumul Yunupingu. In 2014, the GO Foundation – which works to empower Indigenous youth – named Sultan as its inaugural ambassador.

Carla Fletcher met Sultan in 2008 at a recording session in country Victoria through her musician husband Brett Langsford. Over the next few years, they talked about doing a portrait. The stars finally aligned in mid 2013 when Sultan visited Fletcher’s studio days before heading to Nashville to record his latest album Blackbird.

‘Dan has a commanding magnetism that propels his performance on stage,’ says Fletcher. ‘He is equal parts fragile and unhinged, beautiful and soul-driven, angry and passionate, the victim and the hero, in love with the land but battling the demons of the system.’

Born in Melbourne in 1978, Fletcher has a Bachelor of Fine Art (with distinction) from the Royal Melbourne Institute of Technology. She has had regular solo exhibitions since 2003 and has been represented in various group shows. She was a finalist in the 2013 Sulman Prize, the 2012 Portia Geach Memorial Award, the 2011 Black Swan Prize and the 2010 Archibald Prize.