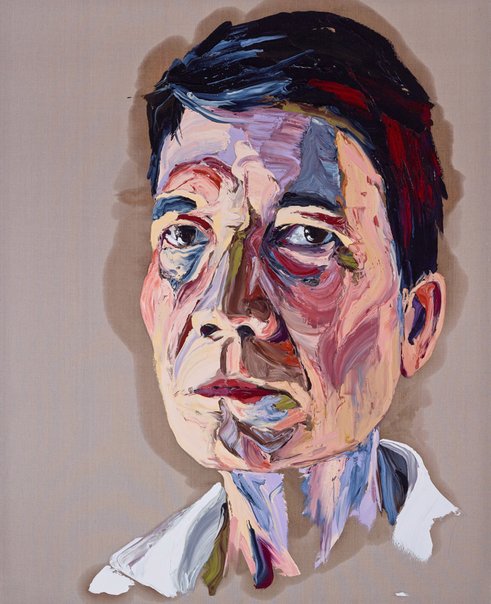 Anh Do’s father Tam Do is a pork roll maker. ‘A few months ago my father came to stay with me. I didn’t know he’d been in hospital because he’d forbidden the family to tell me. He deals with problems by conquering them first. You only hear about it afterwards. My father taught me to fear nothing and I’ve always thought he was invincible,’ says Do.

‘He’s had an incredible life: stared down communist soldiers, faced starvation at sea and pirates who threatened his family. But this time, despite his bravado, he looked vulnerable. He’d dropped to 50 kilos and when I hugged him I could feel his ribs. I spent the next few days wondering how long this skinny, fearless man could keep defying the odds.

‘I had everything set up to paint a famous comedian friend. But I knew I had to paint dad. I decided to use unprimed linen because I wanted the oil paint to bleed a shadow of my father. The main thing I wanted to capture was dad’s physical vulnerability juxtaposed with his defiant, untamable spirit. I painted it in a day, cried a lot and was emotionally spent at the end.’

Born in Vietnam in 1977, Do came to Australia as a refugee with his family in 1980. He enrolled to study law at university and fine arts at TAFE simultaneously but dropped out of both courses to become a comedian. Since last year, he has cut back on comedy to focus on painting full-time again.